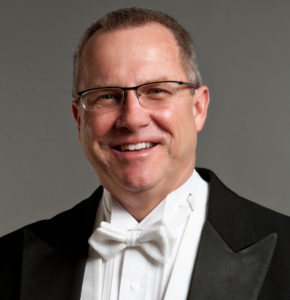 Under Dr. Hamilton’s leadership the Ouachita Bands have toured throughout the United States and Europe, recorded seven CDs with the Mark recording label and performed at State, Regional and National conferences and meetings. Dr. Hamilton is also the Artistic Director and Principal Conductor of the Hot Springs Concert Band. A position he has held since 1999.

Dr. Hamilton is a contributing author for the Teaching Music Through Performance in Band series, GIA Publishers and is the editor for the “Conductor’s Corner” of the ACB Journal. His professional affiliations and awards include Phi Beta Mu, Pi Kappa Lambda, Who’s Who Among America’s Teachers, Arkansas School Band and Orchestra Association, College Music Society, National Band Association (NBA), Association of Concert Bands (ACB), and College Band Directors National Association (CBDNA). Dr. Hamilton has served as the Arkansas State Chair for CBDNA and NBA and was elected to the ACB Board of Directors in 2012. In 2014 he was chosen as a VIP by the Conn-Selmer Corporation. Dr. Hamilton received the Herbert L. and Jean Schultz Mentor Ideal Award in 2016.