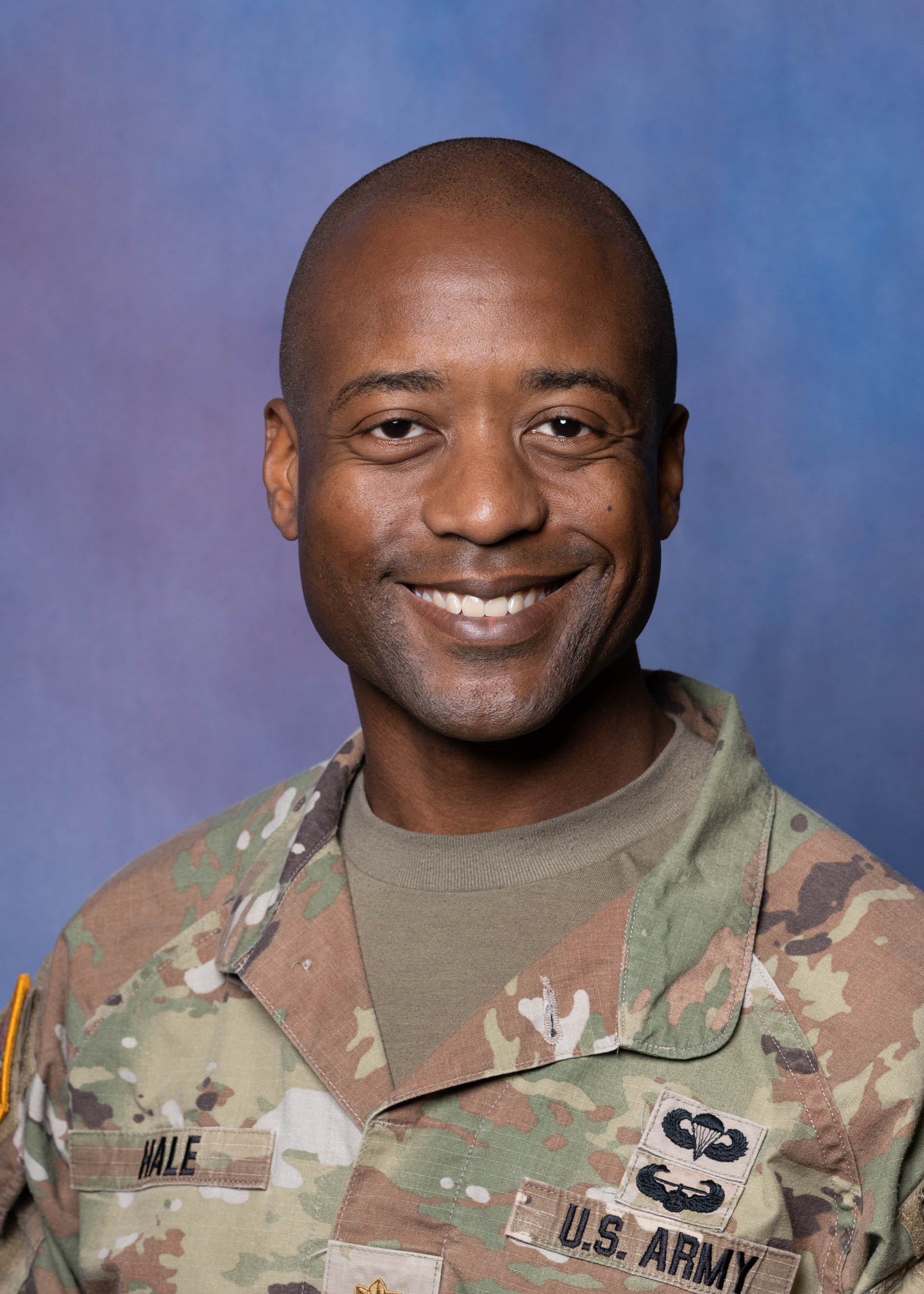 MAJ William Hale has served his country for more than 20 years with five years spent in the United States Army Reserve and 15 years on Active Duty. As a Distinguished Military Graduate, he was commissioned into the Field Artillery in 2006 following graduation from Missouri Baptist University in Saint Louis with a Bachelor’s of Science in Computer Science and later received a Master’s of Arts in Business Administration from Webster University in 2018. MAJ Hale currently serves as the senior Assistant Professor of Military Science for the University of Arkansas Pine Bluff, Henderson State University and Ouachita Baptist University since 2021.

MAJ Hale is the proud father of three children, his daughter Angelina and two sons, William III and Mikel.