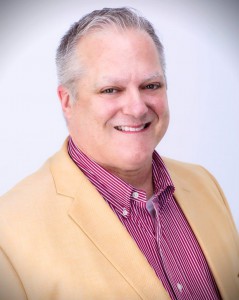 Called “new and noteworthy” by The New York Times, John Alec Briggs has created three cabaret shows celebrating The Great American Songbook, Six Degrees from Mercer, Six More Degrees from Mercer and Six Degrees from Arlen, that he has performed in New York and on cruise ships worldwide. All were selected as “must see shows of the week” by Time Out New York. Since 2011 he has been on the faculty at Ouachita Baptist University, where he teaches applied voice, co-directs the opera program, and musically directs in the music theatre program. He is also the Choirmaster and Organist at St. Margaret’s Episcopal Church in Little Rock, Arkansas.

Mr. Briggs holds a Master of Voice Pedagogy awarded with distinction from Westminster Choir College in Princeton, New Jersey, and a Master of Education in Music from Teachers College, Columbia University in New York City He is currently completing his dissertation for the Doctor of Education in College Music Teaching with a concentration in voice pedagogy from Teachers College, Columbia University. He has studied voice with Martina Arroyo, Robert Grayson, Sandra Kungle, and Mary Saunders-Barton, and voice pedagogy with Christopher Arneson, Kathy Kessler Price, and Jeanne Goffi-Fynn. Research interests include the collaborative relationship between music director and singer in cabaret, and cross-training for classical and contemporary voice in the applied voice studio. He has presented master classes and workshops for the National Association of Teachers of Singing (NATS) at the state, regional, and national levels, last presenting with Dr. Maggie Garrett at the 2018 NATS National Conference in Las Vegas.

Mr. Briggs also holds a Master of Architecture from Tulane University and is as Associate in the American Institute of Architects. His architectural thesis, The Theatre and the City, was completed in residence in Venice, Italy and explored building a modern addition to that city’s historic La Fenice opera house. He has served as a design assistant on How to Succeed in Business Without Really Trying (with John Arnone), Broadway; Jekyll & Hyde(with Robin Phillips and James Noone), First National Tour; Of Mice and Men, Lizzie Borden and Rex (with John Conklin), New York City Opera; and Debbie Allen’s Brothers of the Knight (with Ray Klausen), The Kennedy Center. Television production credits include Gala for the President at Ford’s Theatre, The Daytime Emmy Awards and The Miss America Pageant (all with Ray Klausen).