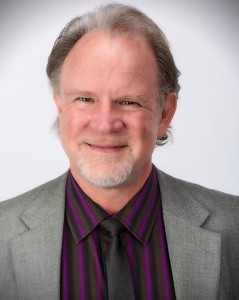 His music theatre performances include leads in A Funny Thing Happened on the Way to the Forum, Once Upon a Mattress, South Pacific, Pacific Overtures, Oklahoma, The Student Prince, Music Man, How to Succeed in Business without really trying, El Capitan, and George M.

Dr. Secrest has performed major works with orchestra including the Messa di Gloria by Puccini, Schubert's Mass in G Major, Christ on the Mount of Olives by Beethoven, Messiah by Handel, Mozart's Requiem Mass,  Psalmus Hungaricus by Kodaly, and tenor solos in The Serenade to Music by Ralph Vaughan Williams.  Other works from this genre include the Mozart Coronation Mass, Chandos Anthem: Psalm 42 by Handel, the Bach Magnificat, the Bruckner Te Deum, Orff's Carmina Burana, Bach's cantata 182, Welcome King of Heaven, The Bells by Rachmaninoff, In Memoriam Dylan Thomas by Igor Stravinsky, scenes fromWilbur by Randall Shinn, and the Mass of the Children by John Rutter.

His directing/conducting engagements include productions of Die Fledermaus, Don Giovanni, Gianni Schicchi, The Pirates of Penzance, Alice in Wonderland, H.M.S. Pinafore, Amahl and the Night Visitors, Cosi fan tutte, Hansel and Gretel, Marriage of Figaro, The Mikado, The Ballad of Baby Doe, and The Magic Flute. He has served as musical director for performances of  The Drowsy Chaperone, Bye Bye Birdie, Seussical the Musical, Thoroughly Modern Millie, Once Upon a Mattress, Children of Eden, The Sound of Music, Anything Goes, She Loves Me, South Pacific, My Fair Lady, Into the Woods, Godspell,Carousel, The Fantasticks and Fiddler on the Roof.

An active member of the National Association of Teachers of Singing, Secrest is a former Arkansas Governor, former Treasurer for the Arkansas Chapter, and currently serves as Governor for the Southern Region.  Dr. Secrest has performed numerous times as part of the recurring members recitals held during alternating years at the Southern Region Conference and Auditions.  His students have been NATS semi-finalists and finalists at both the state and regional level, and two of his former students, Jacob Watson and Stephen Ray are recipients of the Governors Award.

HIGHLIGHTS and ACCOMPLISHMENTS of some of Dr. Secrest's students:

*Bonnie’s composition of the modern folk opera “Billy Blythe”, about the childhood of Bill Clinton, previewed in New York, and has earned her the attention of publications such as The New Yorker, The Economist, The Huffington Post and the London Daily Telegraph.

He is a member of the music fraternity Phi Mu Alpha, and the music honor society Pi Kappa Lambda.  His doctoral dissertation is "An Annotated Bibliography of Thirty Twentieth-Century Works for Tenor Voice and Instruments."

In the years 2000, 2004, and 2006, Dr. Secrest was selected by his students for inclusion in Who's Who in America's Teachers.   He is also the recipient of numerous OBU Faculty Development and Enrichment awards for study at workshops sponsored by NATS.

He resides in Arkadelphia, AR, with his lovely wife of thirty-nine years, Glenda.