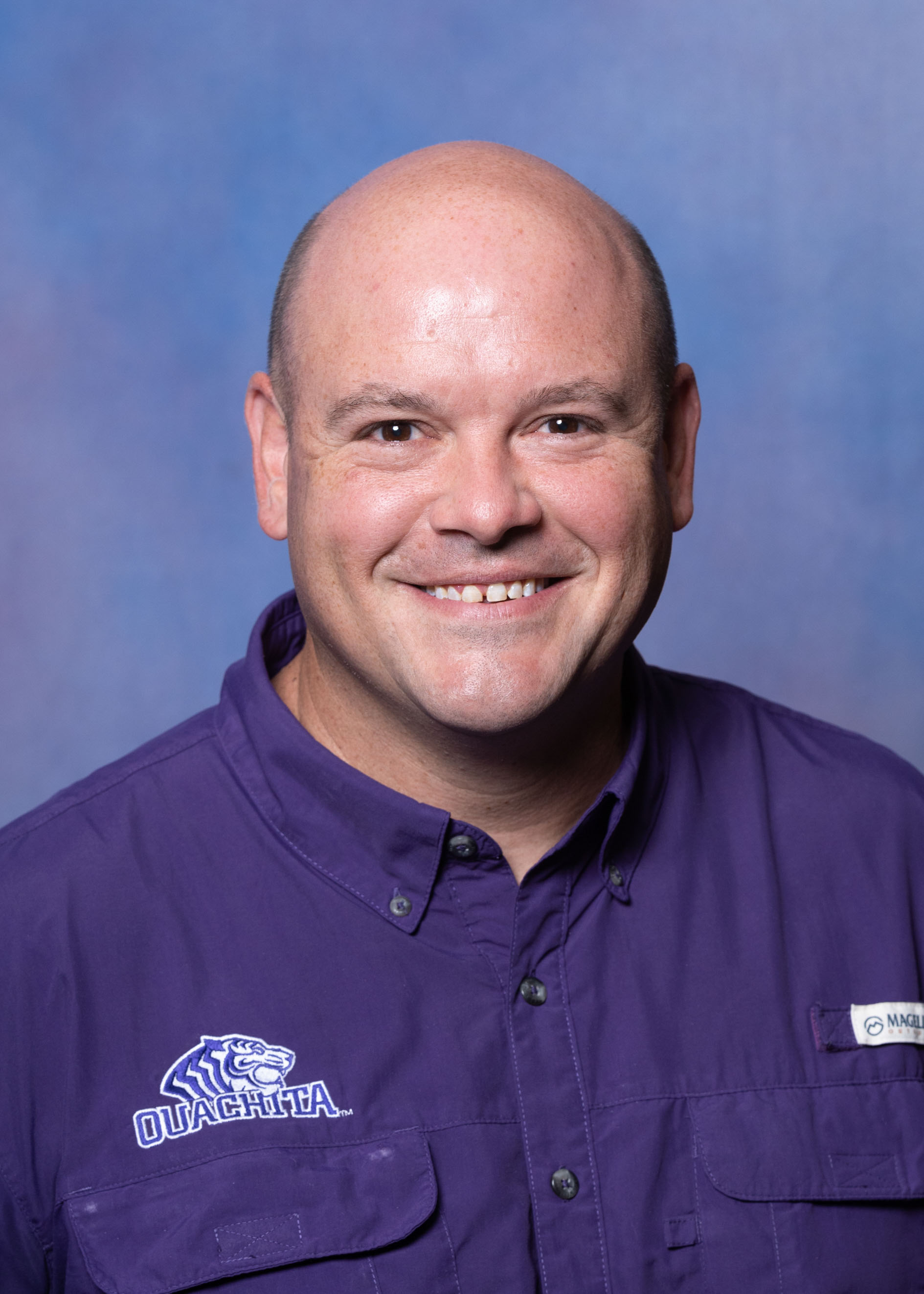 This is the second time Chris has worked at Ouachita, previously serving the university for 10 years in a variety of roles. Chris served as the Sports Information Director in the Ouachita Athletic Department from 2001-2006 and then served in Ouachita's development and alumni offices from 2006-2011.

In 2011, Chris began working for the Arkadelphia Public School District where he served as Athletic Director from 2011-2018. While serving in the role, Chris oversaw teams at Arkadelphia that won two state championships in baseball, one state championship in football and individual state championships in diving, track and field and wrestling. Chris earned three state Athletic Director awards from the Arkansas High School Athletic Administrators' Association during his tenure at APSD and served on the AHSAAA state executive committee for four years. Prior to returning to Ouachita in 2019, Chris served as the Communications Director for APSD for one year where he handled public relations and media responsibilities for the district including live streaming district events.

Chris and his wife, Amy (a 2000 OBU graduate and Arkadelphia native) live in Arkadelphia with their three children: Carter (16), Millie (14) and Cooper (9). The Babbs are active at Park Hill Baptist Church in Arkadelphia.

What is your favorite thing about your job?
I enjoy working with students. In my role at director of OSDN, I enjoy seeing students work outside the classroom in planning broadcasts, executing them and then celebrating the successes while improving on areas as well.

What has been your favorite moment of working with Ouachita students?
My favorite moment in the first year of OSDN was seeing 15-20 of our students plan a one-hour live show on Tuesday, prepare it through the week and air the show live in front of a huge crowd at Cliff Harris Stadium before the 2019 Battle of the Ravine.

What is your go to snack/drink?
Go to drink is Diet Dr. Thunder (or Diet Dr. Pepper if someone is buying for me.)

Do you have a favorite place on campus?
I have several favorite places on Ouachita campus. I can think of many, many memories from my time as a student from 1995-99. As I walk through campus daily, I think back to the friendships that I made that continue to this day, with the most important of those being meeting my wife when I came to Ouachita.