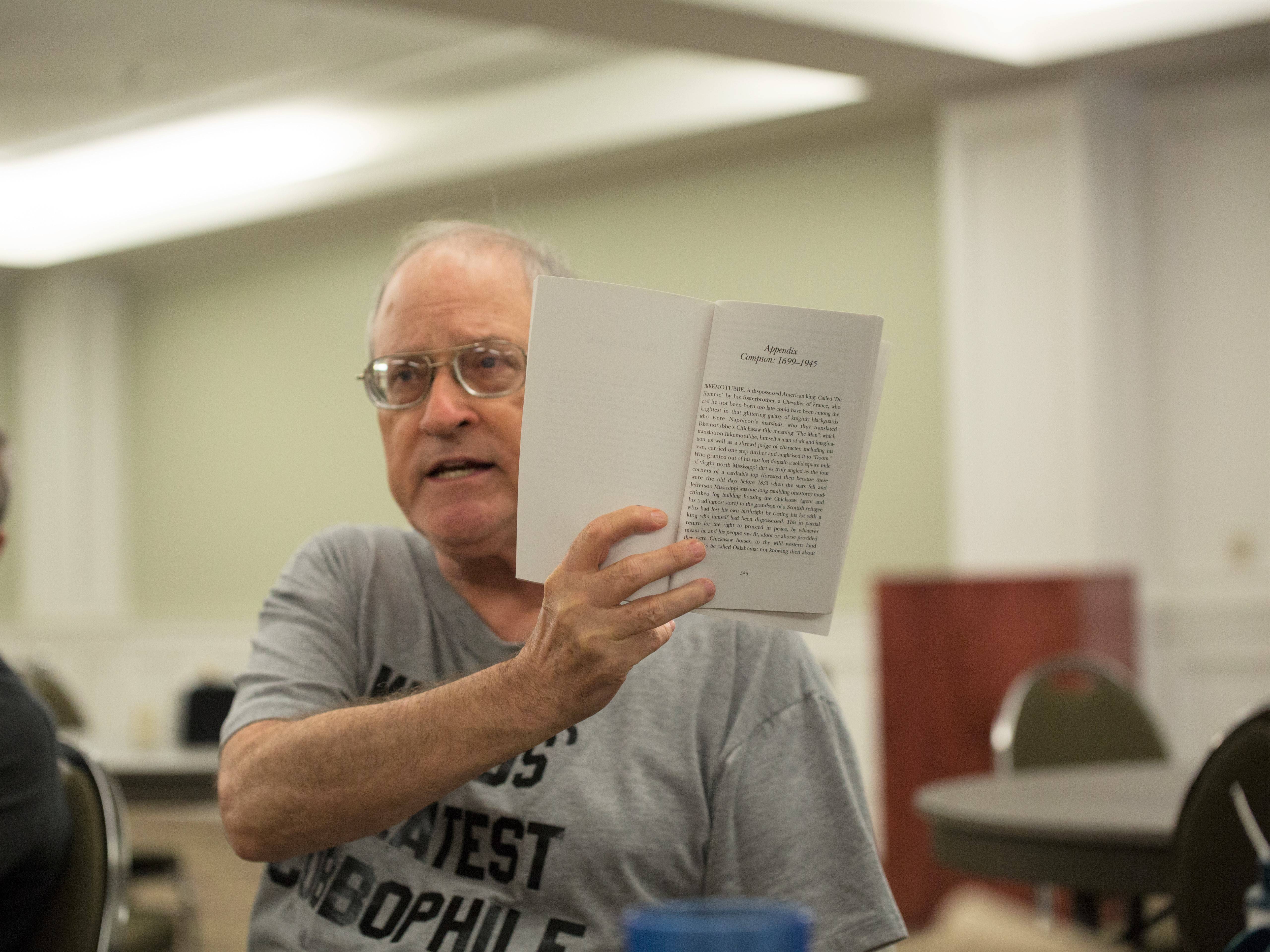 Editorial Note: September 22-28, 2019, is Banned Books Week, an annual celebration of our freedom to read. Last fall, Dr. Johnny Wink and Dr. Jay Curlin taught an Honors Seminar on Banned Books. They, along with two of their students Tucker Douglass and Kyle Burrow, are this week’s guest writers on the subject.

I recently read “The Coddling of the American Mind,” a book as dismaying as it is excellent. It was a painful reminder to me of just how alive and well and ubiquitous is the censorious mind these days.

I cite as a particularly egregious example (there are, alas, many more where this one came from) a passage detailing an occurrence at a so-called institute of higher learning:

Bergen Community College (New Jersey, 2014): An art professor was placed on leave without pay and sent to psychological counseling for a social media post. The post showed a photograph of his young daughter wearing a T-shirt that depicted a dragon and the words I WILL TAKE WHAT IS MINE WITH FIRE & BLOOD, which the school claimed was “threatening.” The professor explained that the shirt referenced the popular TV series “Game of Thrones,” but an administrator insisted that “fire” could refer to an AK-47.

How do you suppose the psychiatrist who counseled the art professor went about counseling him? What form might a session such as that have taken? If what his daughter was sporting by way of a T-shirt was “threatening,” how might that daughter avoid such menace in the future? By wearing textless T-shirts?

Think about all the things “fire” might mean in sundry contexts. I suppose it might refer to just about anything. Why, for that matter, “applesauce” might mean “pipe bomb” in the sentence “The administrator had applesauce for brains,” if a censor wills it to.

I’ll guarantee you, I came away from reading “The Coddling of the American Mind” feeling threatened. What threatens me is not, I assure you, what’s inscribed on a kid’s T-shirt.