Why Read C. S. Lewis?: Literature both sweet and useful 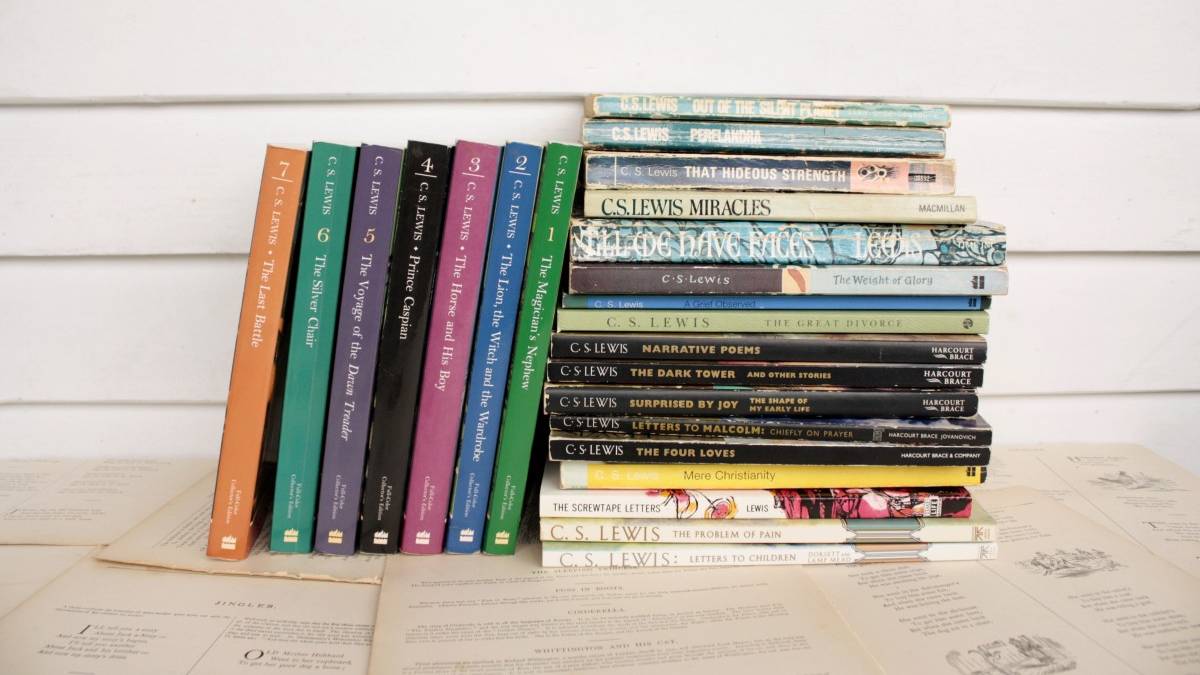 Like so many readers, I first encountered C. S. Lewis’ books as a child: one summer, I stashed a copy of The Chronicles of Narnia in my suitcase before a family vacation and, after staying up far later than I should’ve to discover how Shasta and Bree, Aravis and Hwin would end their adventures in The Horse and His Boy, I devoured the rest of the series in days.

In high school, I read Mere Christianity, enraptured with the analogies Lewis uses to explain everything from the Moral Law to the nature of the Trinity.

In college, I was so dazzled by Till We Have Faces, Lewis’ reimagining of the Cupid and Psyche myth, that once I opened the book, I barely emerged from my dorm room – or, indeed, spoke to my bewildered roommate – until I’d finished reading and processing the novel.

And as a newlywed graduate student, I once stayed up into the wee hours listening to an audio version of The Great Divorce, which my husband had well-meaningly, but erroneously, suggested might help us fall asleep. (Neither his quiet snores nor the thundering footsteps of our upstairs neighbors could distract me from Lewis’ heavenly dream-vision – and, really, how could I have possibly resisted the preface’s response to William Blake, that talented-yet-perplexing poet whose work I was then studying in one of my seminars? How could I have closed my eyes during a glowing description of a character who shared my new name? Such willpower would surely have been superhuman, I reasoned – and kept listening until the very end.)

So I suppose that when others ask me such questions as “Why would anyone take (or teach) a class about C. S. Lewis?” or “Where’s the value in studying Lewis today?” I must answer, in part, by referencing my own experiences as a reader: I have encountered, in Lewis’ writings, abundant humor and imagination, vivid storytelling, keen insight and compelling analysis. When I first read his works, I found them both dulce et utile (sweet and useful) – and when, over the years, I’ve gone back and revisited them, I’ve continued to find them so.

In fact, the more I’ve studied Lewis’ life and work, the more I’ve come to admire not just individual texts but his oeuvre as a whole: few writers have written both as widely and as capably as Lewis, who penned and published fantasy and satire, literary criticism and Christian apologetics, memoir and poetry. His works have sold millions of copies and inspired numerous stage and film adaptations, and his popularity hasn’t waned in the decades since his death – despite the momentous cultural changes our world has undergone.

Lead photo is taken from Little Book, Big Story and is used with permission.