From the "Ouachitonian": Drs. Mary Chung and Carlos Feller 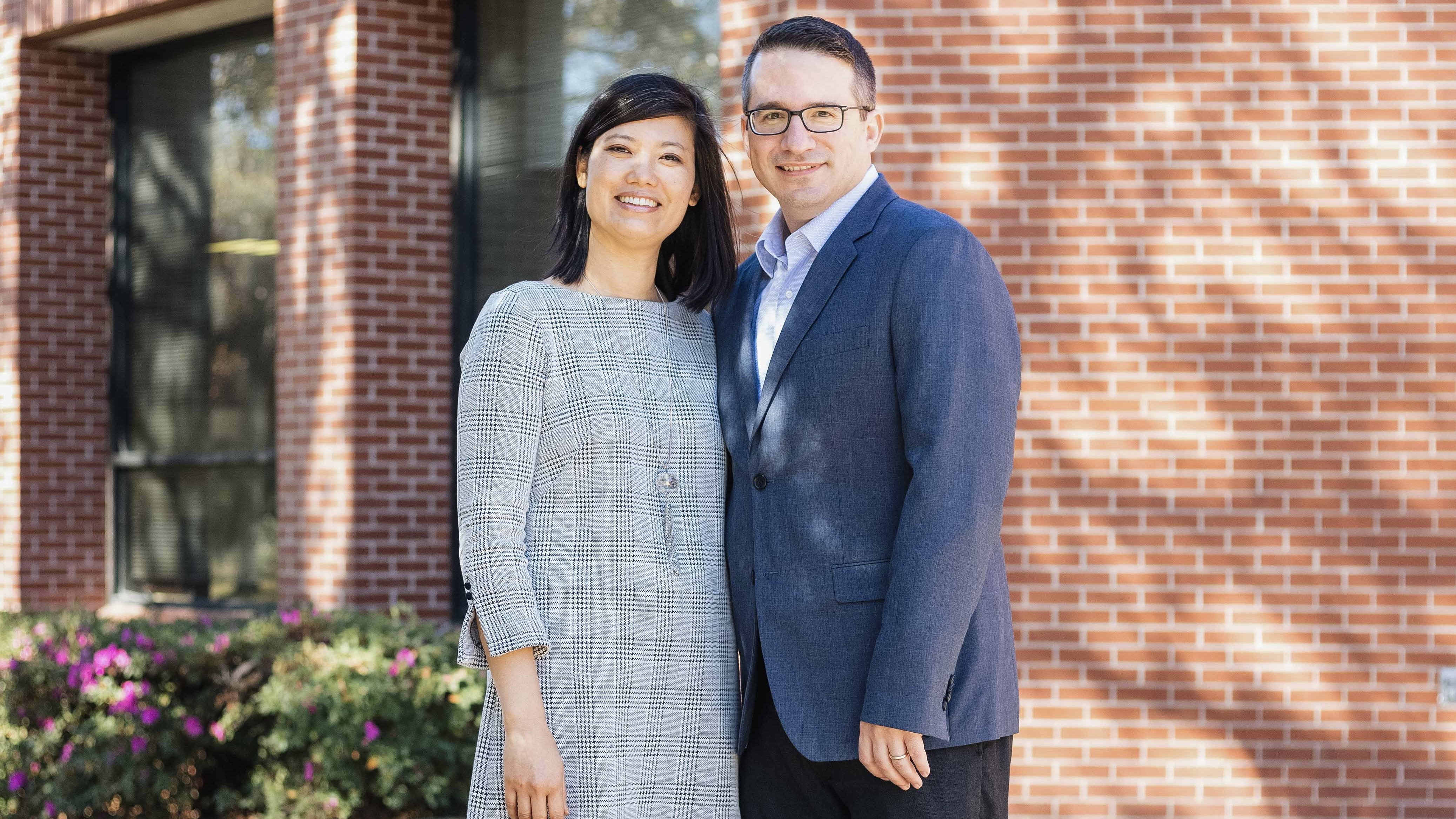 Ouachita music professors Mary Chung and Carlos Feller have been traveling the world together for 11 years sharing their love and passion for music by performing and educating others. At a young age, Chung and Feller both found music as their refuge. Chung moved to the Dominican Republic where she encountered a language and culture barrier; she retreated to music as her escape. This led her to enroll at a conservatory where she began to earnestly study music. Feller attended a technical school, a specialized high school, at the age of 15. At that mere age, Feller was living in an apartment alone in Brazil. In an unfamiliar city with unfamiliar faces, music became his rescue in a new and foreign environment.

Feller and Chung crossed paths while attending graduate school at the University of Southern Mississippi. While attending school, the two collected a strong network of professionals and artists.

“We went through our master’s degree and doctorate [together]. I think part of our career is also networking with other professionals, other musicians, other artists, and then collaborating with them. It is very common for professors from one university to invite you, and you invite them back. It just happened for us that because we had such a varied background, we had connections not only in different states, but we had connections all over the world,” Feller said.

These connections were the beginning of Chung’s and Feller’s travels educating others and performing music. The two have been to at least nine different countries such as France, Switzerland, Peru, Italy, Japan and more. Each new country brought opportunities to learn from the culture and people.

When reflecting on these experiences, Chung said, “It is such a privilege and humbling experience because we get to play a lot, we get to teach, but at the end of the day what we remember the most is it’s not about the music we play, or the people we taught, it is about the interaction that we had."

Remembering these great people and experiences has inspired them to carry this message and instill it in their students. Chung’s and Feller’s wish is that Ouachita students would have the love, passion and discipline for music.

“I want our students to have the same passion. Never lose that passion and never lose that love. We’re not only playing a recital just for our own satisfaction, I mean it is satisfying for us to learn and grow, but you know at the end of the day what we want to do is share that with other people. We want to share the joy that we have, the love that we have, and we want to multiply that,” Feller said.

Music is the common goal.  “When you have one common goal and you work together toward that goal, in this case it is music, you will accomplish something beautiful. If you do it well, I think you make it a better place. That is our mission, our goal,” Feller said.