From the "Ouachitonian": Elizabeth and Madeline Steely 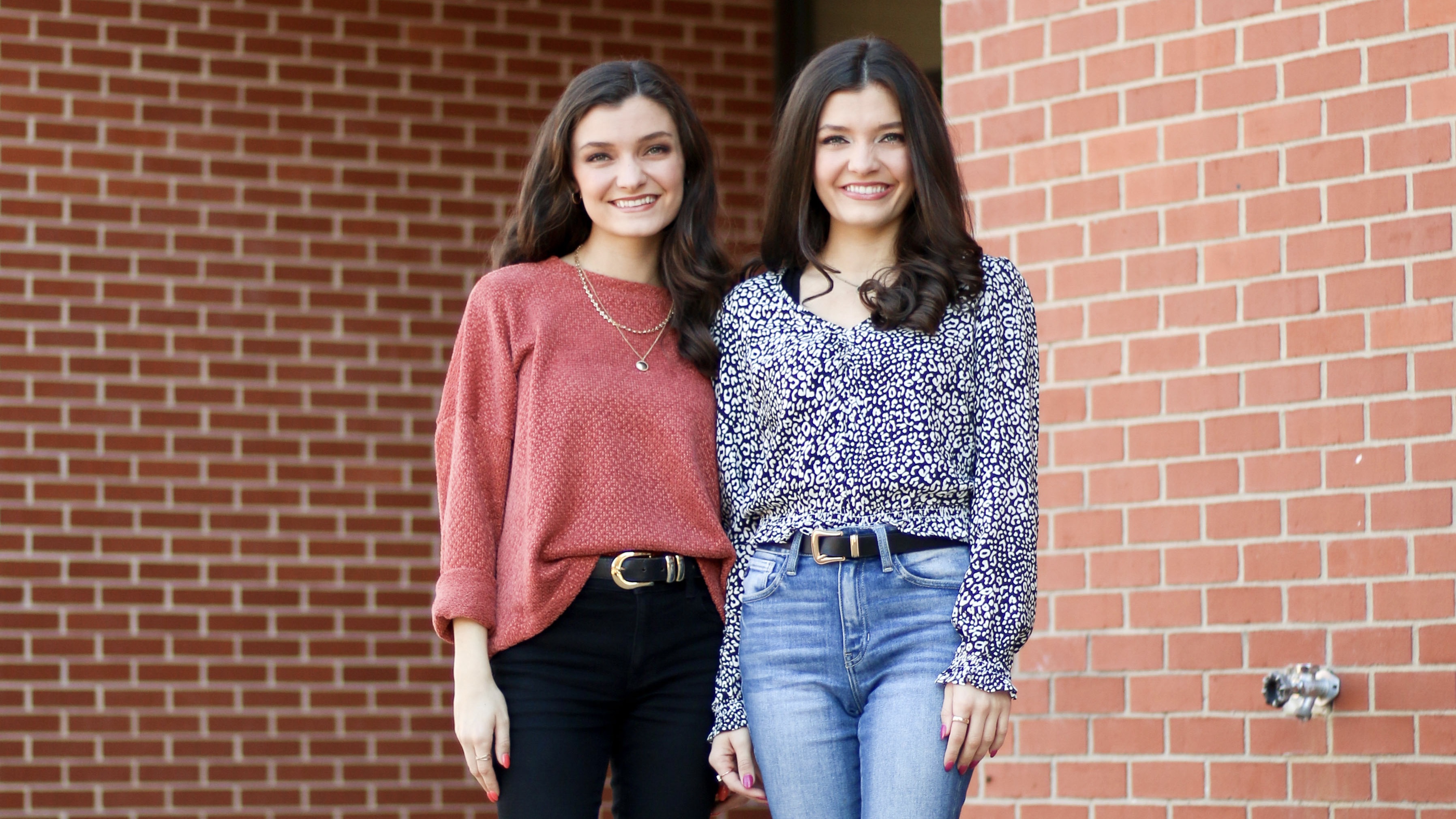 Most Ouachita students have several different roommates for four years during their time in Arkadelphia, but for twin sisters Elizabeth and Madeline Steely, having a roommate is all they have ever known. The Steely twins have shared a room together for as long as they can remember, and that tradition continued throughout their years at Ouachita.

It is evident that Elizabeth and Madeline genuinely enjoy sharing a room with one another. When the Steely sisters were juniors at Ouachita, the two lived in private suites in Gosser Hall, but instead of having two different bedrooms, they pushed both of the beds into one room and made a craft room out of the other available room. The Steelys grew up making crafts, so they thought it would be a better use of space to combine their rooms and have a place for their creative outlet.

“We just decided that we would put both desks in one room so we could study and do crafts on them, and then we had our sewing machines and painting table in there, so we did pretty much everything besides sleeping in the craft room,” Elizabeth said.

Although the Steely sisters lived together, they’ve been able to lead separate lives during their time on Ouachita’s campus. Elizabeth is a communications and media major while Madeline is a nutrition and dietetics major, so the two do not have the same classes or professors.

“Sometimes people don’t know that there are two of us because we are never together,” Elizabeth said.

Having two different majors has benefited the sisters by preparing them for potentially parting ways in the future. “We’ve been getting a good dose of splitting up, never having our classes together and basically starting two separate lives because her life at school is so different than mine, so I think that we are getting more used to the idea,” Elizabeth said.

As this sister duo’s time at Ouachita has come to an end, the two reflected on their tight-knit bond and how different life will be apart. “It will be weird if we aren’t together because I’ll just want to tell her some tiny little thing, and I’ll have to call her,” Madeline said.

There is a chance that these two sisters part ways into different areas of the country as the two pursue their careers, but a twin bond, and especially the Steely twin bond, will not waiver due to distance.  “Just having that bond with someone where you can instantly know what they’re thinking and have all of those inside jokes with is special, but we always knew one day that we would have to go our separate ways,” Madeline said.