From the "Ouachitonian": Lindsey Crowder 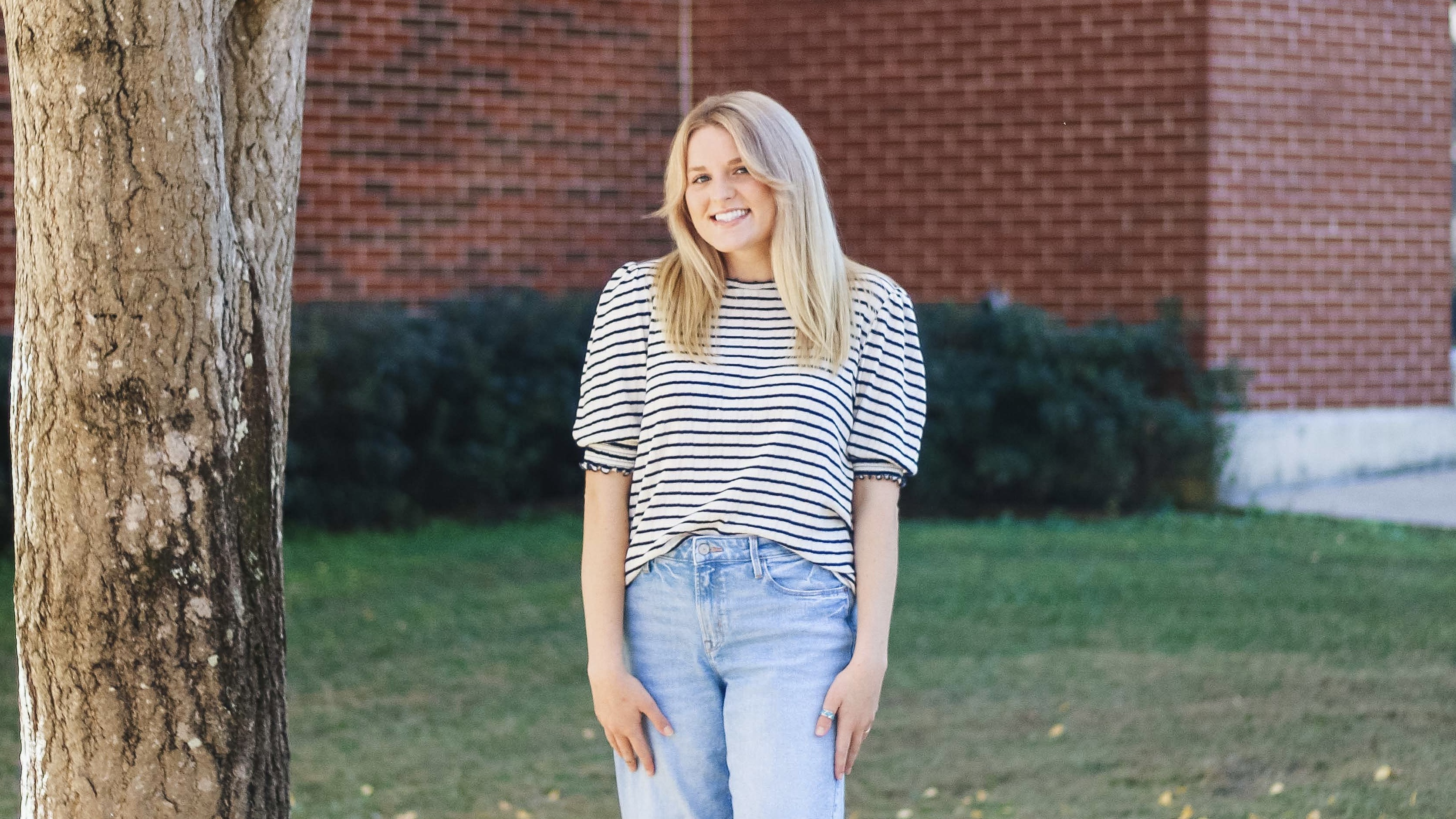 Learning how to overcome challenges is a skill that some acquire throughout a lifetime. However, for Lindsey Crowder, a senior psychology major from Bentonville, understanding how to face adversity became a way of life at the age of two.

When Crowder was a young child, she was diagnosed with leukemia. Her first battle with leukemia lasted for around two years, then the cancer returned much stronger in middle school, causing her to fight the disease for two and a half more years. When Crowder was first diagnosed, she had a bad infection on the back of her leg that affected its ability to grow muscle. Her leg’s condition had been a difficult obstacle for her entire life, but Crowder and her family continued to pray that she would heal. Three surgeries later, Crowder and her family’s prayers were answered in 2019 when she was able to have a surgery that rehabilitated her leg.

“It’s so cool to see how God has been faithful after all of these years,” Crowder said.

Crowder has triumphantly been in remission for 10 years now.

A large portion of Crowder’s childhood was spent at Arkansas Children’s Hospital in Little Rock, but she was able to engender lasting relationships with her doctors and nurses. “I am still close with my doctor today, and she is so amazing,” Crowder said.

Throughout her cancer treatment, Crowder was still able to attend school with the help of people visiting her and teaching her while she was in the hospital. “When you’re going through cancer, it’s almost very similar to being in [coronavirus] quarantine. You can’t be in contact with a lot of people, and the people you are around have to be very careful,” Crowder said.

Crowder’s cancer journey brought her and her family closer together and taught them how to completely rely on the Lord.  “We don’t know what any day is going to look like, and we just have to be so thankful for the time that we have together,” Crowder said.

Because walking through cancer is a one-day-at-a-time situation, it showed her family how to fiercely love one another. Crowder’s battle with leukemia gave her a unique outlook on life that leaves others feeling encouraged and inspired. Through her challenges, she understands that every single person has a battle of their own and that life is worth celebrating even during the hard times.

“In every single situation, big or small, the Lord cares, and He is sovereign over all of it,” Crowder said. “Celebrate the days that you are given, even when it seems difficult sometimes.”