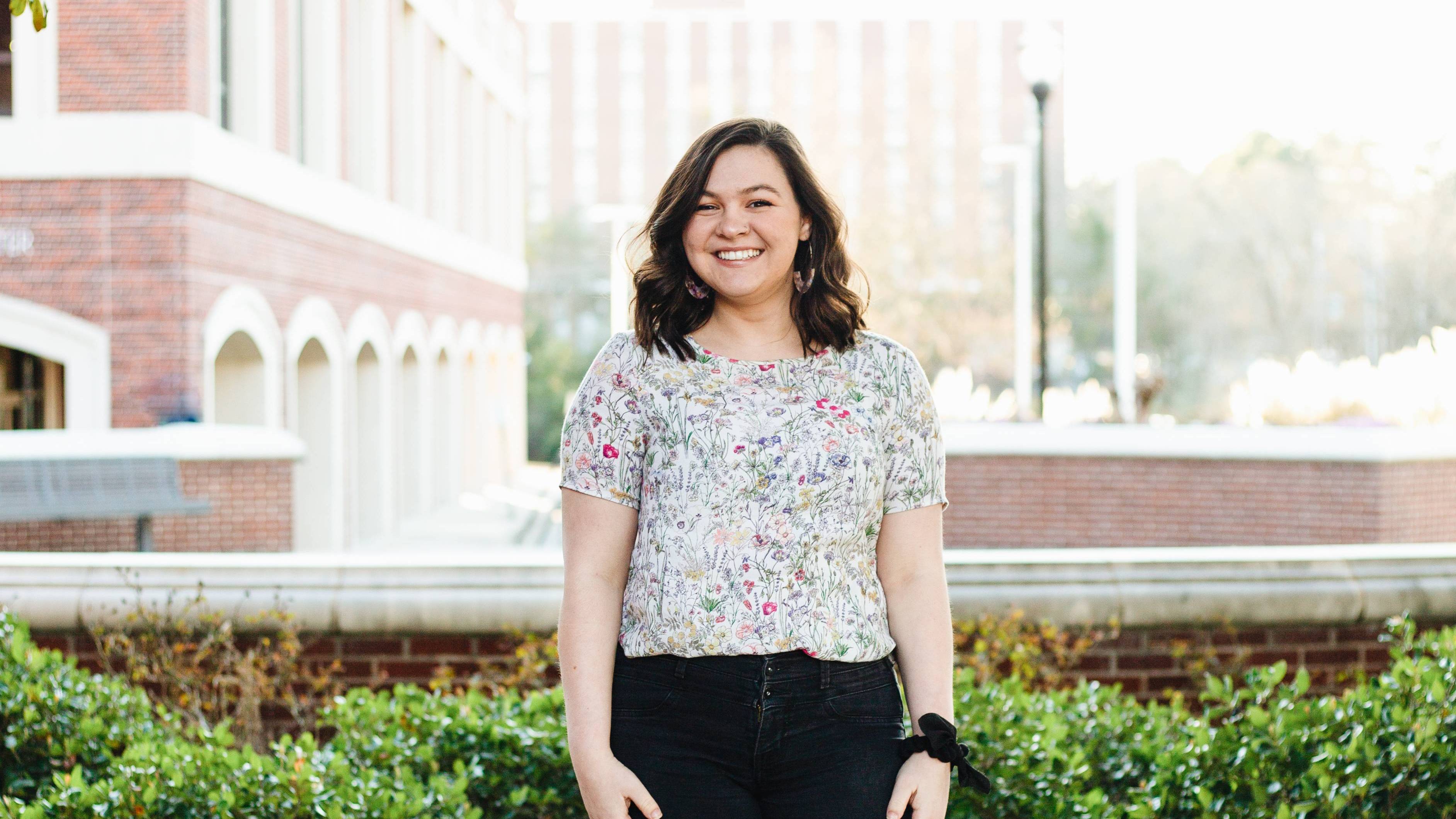 For many students, college was a time when an abundance of new opportunities were in their grasp. Mattie Mae Motl, a senior English major from Arkadelphia, took advantage of one such opportunity when she applied for a travel grant through Ouachita's Honors Program.

In the week before the application was due, she considered where she’d like to go. She decided to apply to stay in a convent to gather research for her thesis on women in the early church.

“I started looking for convents and then Dr. Amy Sonheim asked, ‘What if you went overseas and did that?’” said Motl. “She really helped me to widen my expectations of what I could do with that.”

Motl chose to go to Italy, a place rich with Catholic history. Adjusting to life in a different country could be difficult, but Motl had experience living abroad in the past that helped her prepare for her time overseas.

“It wasn’t really too foreign to me, but I had never been to Italy, so I was very excited,” said Motl. “I love to travel, and I also love different languages.”

Motl’s mission for her trip was to learn more about how women influenced the beginning of the church. During her three weeks abroad, Motl stayed in convents in Rome and Venice and also took a trip to London.

“In Venice, the nuns did speak English, so I got the opportunity to interview them and talk to them and build relationships with them,” said Motl. “I even have the email of one of the nuns I connected with there, and we’ve corresponded since then.”

For Motl, her time overseas spent learning and building relationships was full of growth. She enjoyed analyzing her own perspective and learning from the women she lived with.

Though the women in the convents worshipped differently and had some differing views than Motl, she saw that they were her sisters in Christ. Her faith did not have to be rigid; she could learn from them and grow as a Christian.

“I think that’s the way it impacted me the most, just being able to grow and appreciate different cultures and different ways of worshipping God while being familiar and comfortable with my own beliefs and still being okay with those being challenged and evolving.”