From the "Ouachitonian": Rickey Rogers Jr. 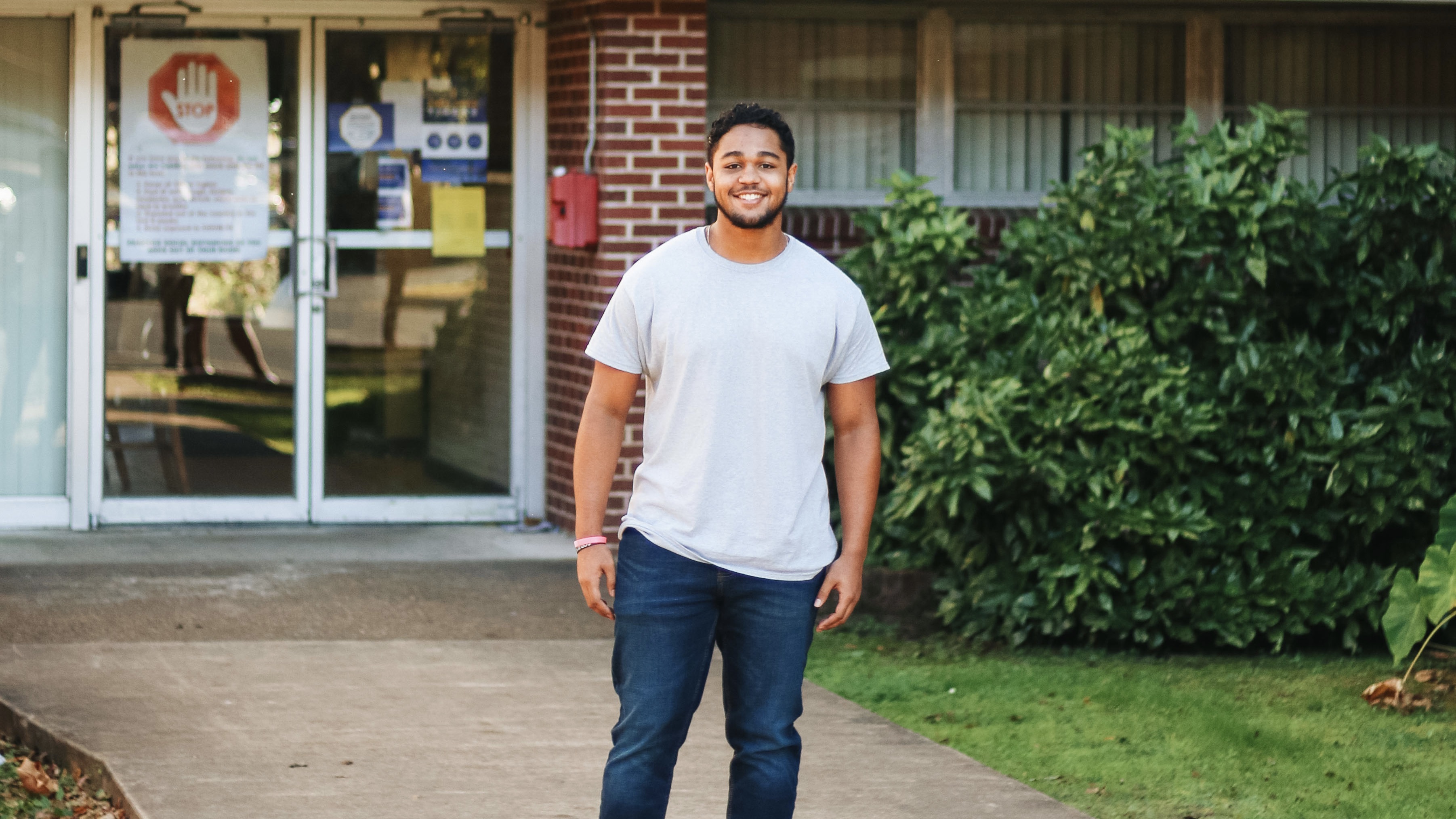 For Rickey Rogers Jr., a freshman communications and psychology double major from Arkadelphia, Ouachita has always been home. When Rogers was 10 years old, his family moved into O.C. Bailey Hall because of his father’s new position as the Tigers’ wide receiver coach and residence hall director.

“I’ve lived in O.C. for a lot of my life, I’ve eaten in the caf almost all of my life and I’ve walked the halls for years; it’s just like I’m home,” Rogers said.

During his freshman year of high school, Rogers’ father, Rickey Rogers Sr., became the dean of students; as a result, his mom Lydia took over as the residence hall director. Over the next four years, Rogers continued to live on the Ouachita campus. However, in March 2020, Rogers’ mother became the Senior Woman Administrator and Director of Athletic Compliance for the Office of Athletics. Despite having to move out of O.C. Bailey due to his mother’s new job, Rogers knew that he would soon be back on Ouachita’s campus.

Moving just one floor above his childhood home for his first official year as a student at Ouachita, Rogers said, “Move-in day was like returning home from a vacation.” Although Rogers knew the Ouachita atmosphere and staff, he was excited about the perks that come with being a student. “I’ve been so excited to be a part of the social scene,” Rogers said. “I now know what it’s like to go to WOW and other social events. I [can’t wait] to experience other events [in the future].”

In addition to getting involved socially, Rogers stayed busy with his classes and two sports teams: Tiger football and Tiger wrestling. Having pre-existing relationships with some of the upperclassmen and coaches, Rogers was excited to officially be a part of the teams. Despite his parents’ connections to Ouachita, Rogers knew that he wanted to continue to live on the Ouachita campus, but this time as a student.

“The weirdest thing about being on campus this year was actually having to go to class. It’s an adjustment, but so far so good,” Rogers said.

To Rogers, being around the campus staff was like hanging out with old friends and family.  Although he didn’t live in his parents’ house anymore, he always sees them all over campus.  “Overall, it’s not too awkward for me to see my parents, because we have always shared a really close bond,” Rogers said.

Despite being around the people he has always known; Rogers was excited to begin his new adventure as a Ouachita student.  “I look forward to getting to know Ouachita better as a student and not just a resident,” Rogers reflects. “But in the end, there’s no place like home.”