A Ouachita legacy from a parent’s perspective 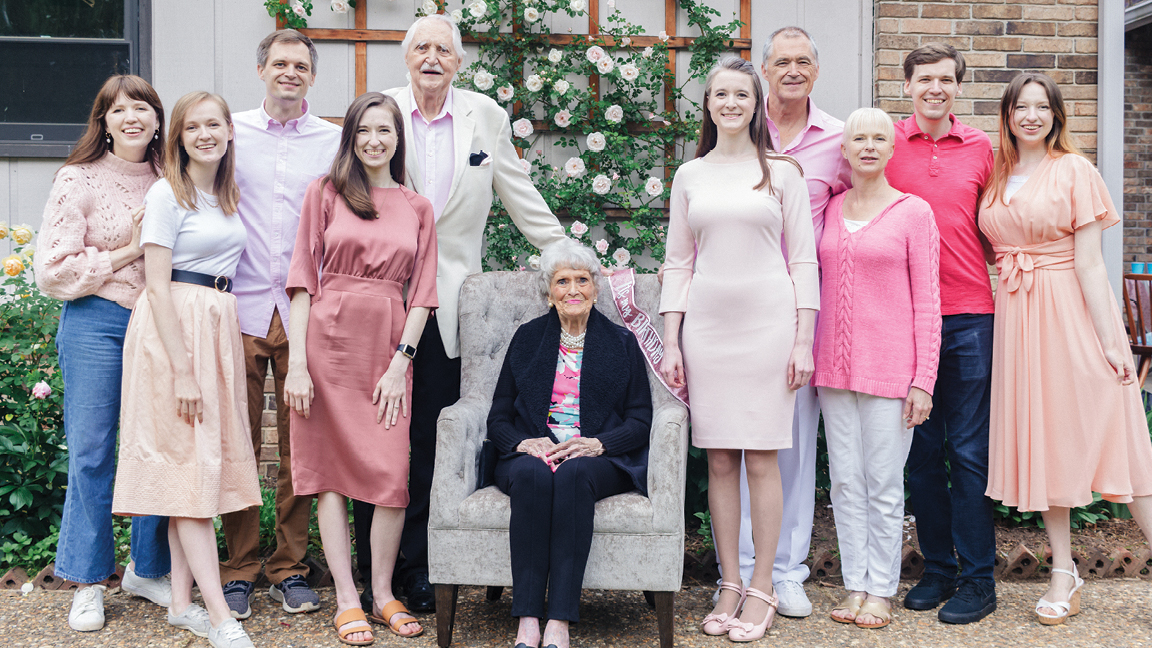 When you think of Tigers for Life, the Johnson family may have set a record – six Ouachita graduates in eight years, and one more headed for the stage in 2023. The Johnson family legacy began with Sally (Sullivan) Johnson, a 1954 graduate, and the Ouachita connections continued in the next generation. Sally’s son, Jerry G. Johnson, didn’t attend Ouachita but came to know the institution through his work and friendship with Ouachita alumnus and benefactor Frank Hickingbotham. Neither Sally nor Jerry could have guessed that all seven of Jerry’s children would one day call Ouachita home.

Jerry and his wife, Buffie, split time between Arkansas and California for many years as part of Jerry’s work. With so much travel, as well as their desire to be active in helping their children develop their personal faith, Buffie homeschooled the Johnson children. The Johnson’s oldest daughter, Lacey, didn’t attend college directly out of high school, but their second child, Cameron, began at Ouachita in 2009. Lacey followed the next year.

“Some of the younger kids thought they might go elsewhere, but landed at Ouachita based on the experiences of their older siblings, Ouachita’s mission and their sense of God’s direction for them personally,” Jerry said.

“Mom was our introduction to Ouachita, but our exposure was expanded through OBU’s connection to First Baptist Little Rock, as well as friends,” Jerry G. said. “Mom loves the fact that seven of her grandchildren are fellow Tigers.”

His daughters even lived in a dorm named for their grandmother’s former boss. Sally had worked her way through college by serving as a secretary for Frances Crawford, who was Ouachita’s registrar at the time and now is namesake of the freshman girls’ residence hall.

As parents, Jerry and Buffie have seen many sides of the university through their children’s seven different experiences.

“We have had two kids now in business, one in history and theater, one in music, two in the sciences (physics and chemistry) and one in Christian studies, and we have had exposure to other schools through double majors or emphases,” Jerry said. “All have had successful and enjoyable journeys. As our older children pursued advanced degrees or careers, it was obvious their Ouachita education had well-prepared them for future endeavors.”

He admitted that they were nervous how Ouachita would navigate the pandemic and sought reassurance that their children would be safe returning to campus.

“I was certainly impressed by the meticulous efforts Dr. Sells orchestrated to care for all OBU constituents in the pandemic and knew if any place would be successful, it was Ouachita,” he said. “Dr. Sells confidently assured me they would make it to May. His confidence was not unfounded, but was rather based on his knowledge of the 600+ item action plan he and his team had implemented and were continuously adjusting and monitoring.

“His confidence was contagious to Buffie and me,” Jerry continued. “In times of trial true character is revealed, and the strong character of Ouachita, its community and its leadership have been revealed through this pandemic.”

“Ouachita has been great for us,” he concluded. “We have enjoyed watching as God has directed, as Ouachita staff and faculty have nurtured and as our kids have endeavored to learn and accomplish what God has in store for them. It has been a wonderful joy to behold.”