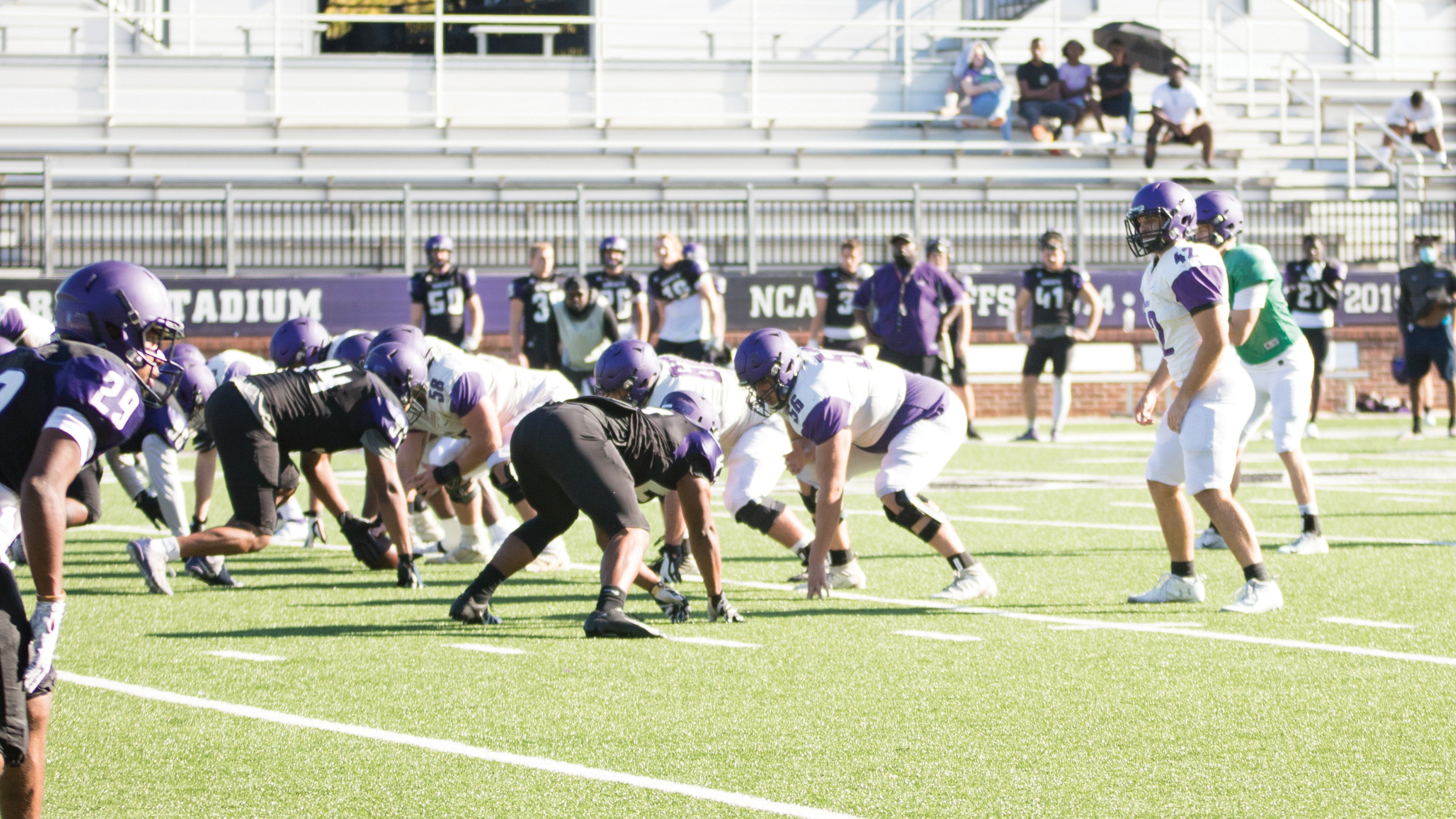 The sports world has been no stranger to the impact of COVID-19. Seasons have been postponed, shortened and canceled. Teams have been forced to alter the way they prepare and what they even prepare for. Athletes, coaches and entire teams have been quarantined. An ever-changing understanding of an invisible opponent has led to frustration both for those who just want to play and coach the games they love and for the diehard fans left with empty spaces in their hearts and their weekends.

It remains to be seen when Tiger fans will be allowed to pack Cliff Harris Stadium, Bill Vining Arena or any of Ouachita’s other venues, but there is light at the end of the tunnel. The Great American Conference (GAC) announced on Nov. 16 its plans to return to play in January 2021.

It hasn’t been easy, but Tiger athletics teams have been doing what they do best – staying strong, staying positive and working hard.

With no games to prepare in Fall of 2020, Coach Todd Knight and the defending GAC champion Tiger football team had to adjust to the lack of external competition.

“We’re doing the best we can with it, but it’s not the same as when you get up on game day and everybody’s geared up – the officials are coming in, the field is set up and ready to go, campus is full and tickets are being sold,” Knight said. “It’s a little harder to get motivated when you’re possibly a year from being able to play, but our guys have handled it well.”

Tiger football spent the fall focused on many areas of growth in what Knight called “Man School.”

“First, we work on personal growth, trying to figure out who we are spiritually,” he said. “Next is academics. There’s no reason you shouldn’t be better academically with fewer hours invested in football. Next is the physical aspect, just trying to get your body as good as you can get it. You’ve got a full year to get ready; let’s see if we can blow it out and be stronger, faster, better-conditioned athletes. That’s the best motivation at this point, and the guys have bought in and they’re doing a good job of it.”

“The single biggest day-to-day struggle has been not knowing when there is going to be a positive test on any of our 15 athletic teams that, through contact tracing, could result in quarantining many athletes, or possibly a whole team and staff,” said Ouachita Director of Athletics David Sharp.

" It hasn’t been easy, but Tiger athletics teams have been doing what they do best – staying strong, staying positive and working hard.  "
Thomas Donley
director of athletic communications

Tiger volleyball has felt the disappointment of the fall season being shut down and the frustration of the whole team being sent home twice. But with a 10-game spring semester schedule beginning Jan. 26, Head Coach Allison Frizzell-Kizer and her team gained a new goal to work toward.

“Our student-athletes were beyond disappointed that our fall season was canceled, but there was some light when we realized there was still a chance to play in the spring,” Frizzell-Kizer said. “Assistant Coach Jalissa Trotter and I started making plans of how to use the fall as our ‘pre-season.’ Once we made that distinction, our team went to work with the mentality of using every repetition and every workout for the goal of competition in the spring.”

Temperature checks at the door of the gym, hand sanitizer between drills, a limited number of athletes in the locker room at one time and physically-distant team huddles have been just some of the differences that remind Ouachita volleyball players that this isn’t a normal year. Frizzell-Kizer and crew have even adapted the way they congratulate one another, using “foot-fives” rather than slapping hands.

When sports were shut down in March 2020, spring seasons were just starting to ramp up. Tiger baseball had won two straight games and was preparing for a five-game homestand when the news broke.

“We were practicing on a Thursday getting ready to host Southwestern Oklahoma State University in a conference weekend,” said Head Coach Luke Howard. “The players that were coming late from class started asking if we had heard the news about school being dismissed. I stopped practice and addressed it right then and there, and Coach Sharp came down and told the team what was going on. It came to a screeching halt.”

Nearly nine months later, every Ouachita team except football have competitions planned for the spring semester. (See obutigers.com for the latest information on winter and spring sports.)

For many Tiger athletes, the pandemic disrupted their senior seasons. Craig Ward and Ouachita men’s tennis were on the road when the bad news came down. The team was preparing for a three-day tournament in San Antonio having just beaten some top-ranked teams. That momentum came to a screeching halt.

“We felt that our best days were ahead,” Ward said. “Having to break the news to the guys that our season had just ended was one of the most difficult experiences of my coaching career.

“The most difficult was telling our three seniors,” he said. “All three had been great leaders and examples the previous three years on-and-off the court. The thought that everything could end so suddenly and be out of our control was a tough life lesson. That last night in San Antonio, I took the guys downtown and we had our picture made in front of the Alamo. It seemed fitting under the circumstances.”

Since the pandemic first became a global crisis in early 2020, Ouachita Athletics’ approach to dealing with drastic changes has become somewhat normalized. Discussions that seemed unthinkable in March were taken in stride in November.

“I’m proud of how our Tigers have handled these unprecedented disruptions, from student athletes and coaches to medical staff and administration,” Sharp noted. “We’ve continued to make decisions with the knowledge available and asking for wisdom from the Lord, always seeking to have our athletes’ best interest at the forefront. That being said, we are eager to get back on the courts, fields and pools for competition as soon as we are able. I’m confident our hard work during these unusual months will pay off.” 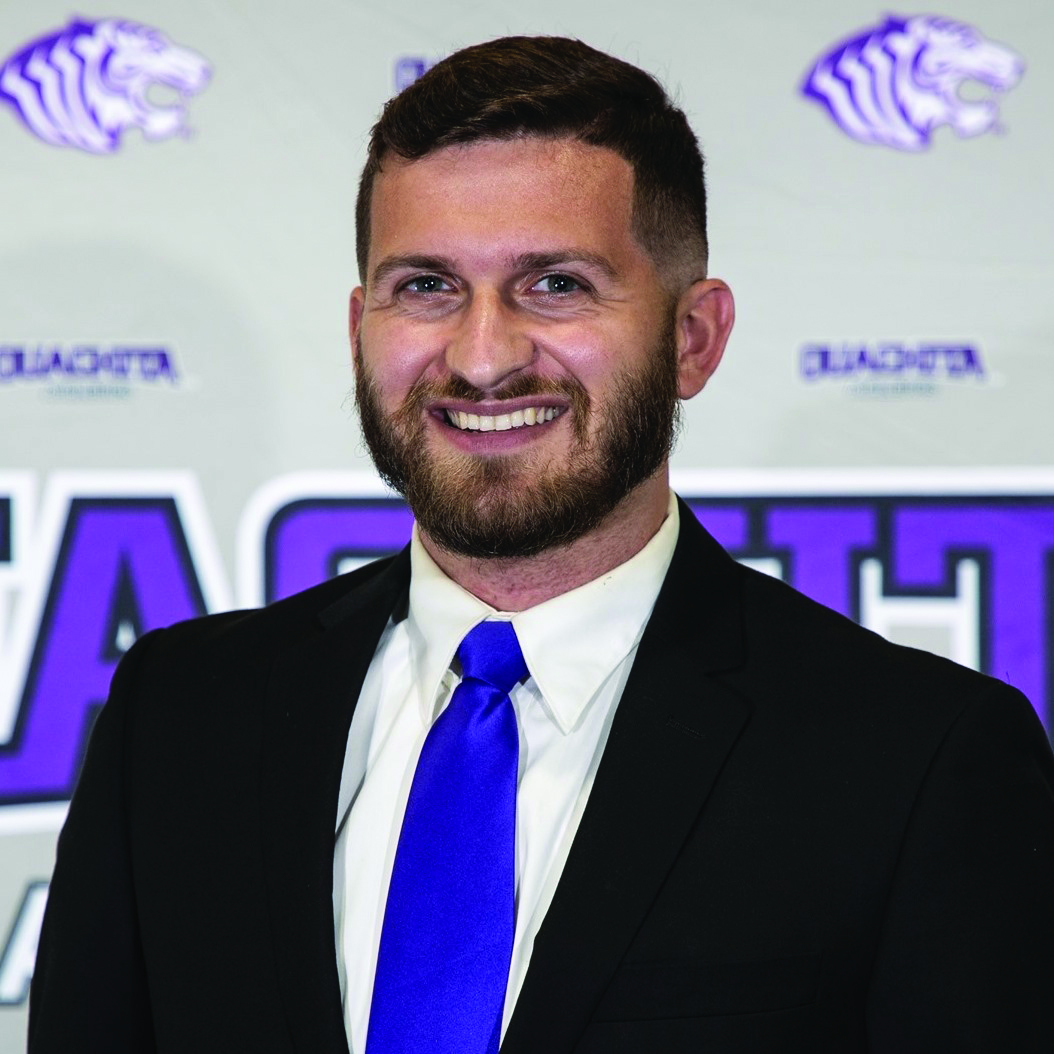 Thomas Donley is director of athletic communications. He joined Ouachita’s staff in August 2020. 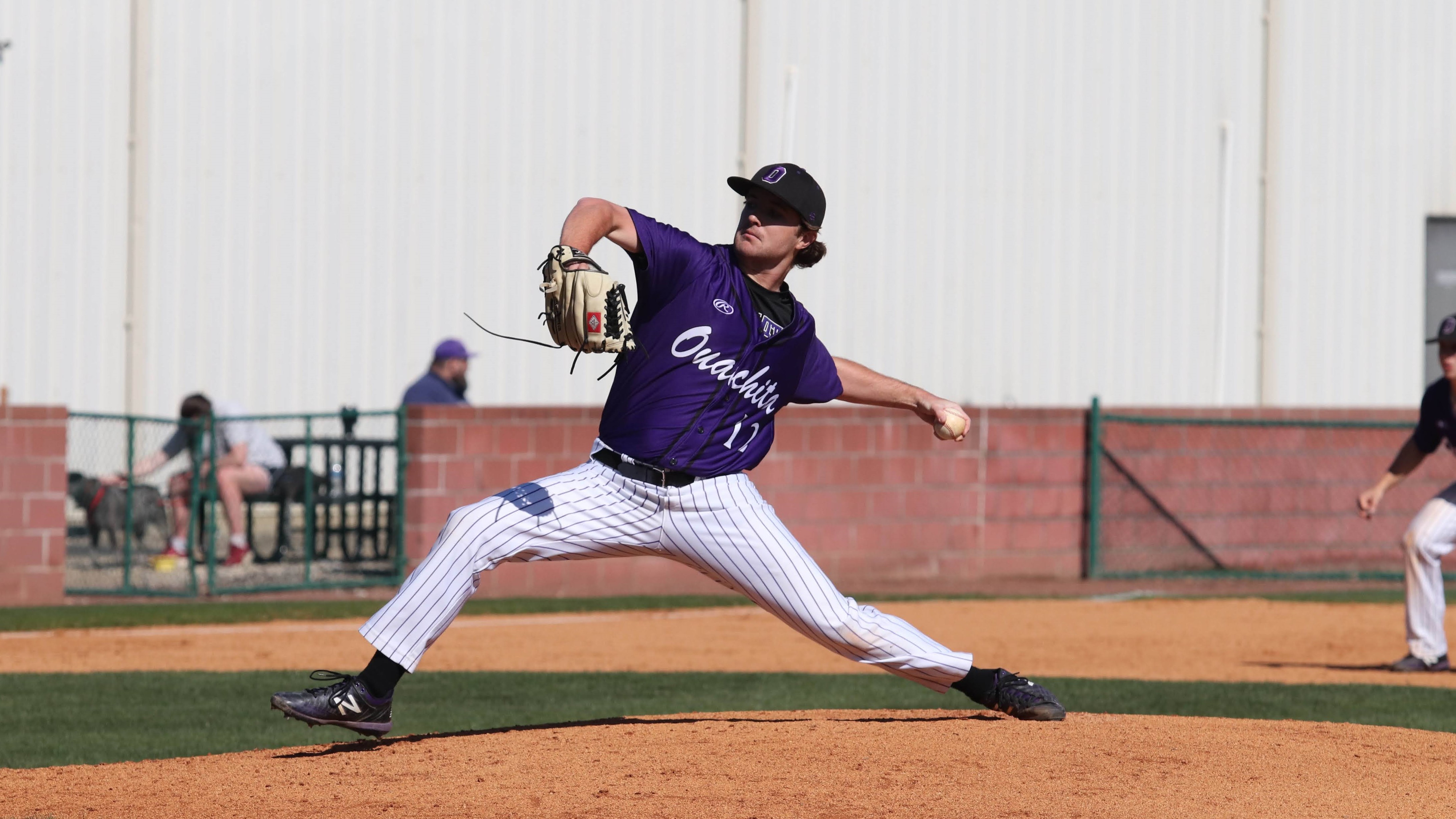 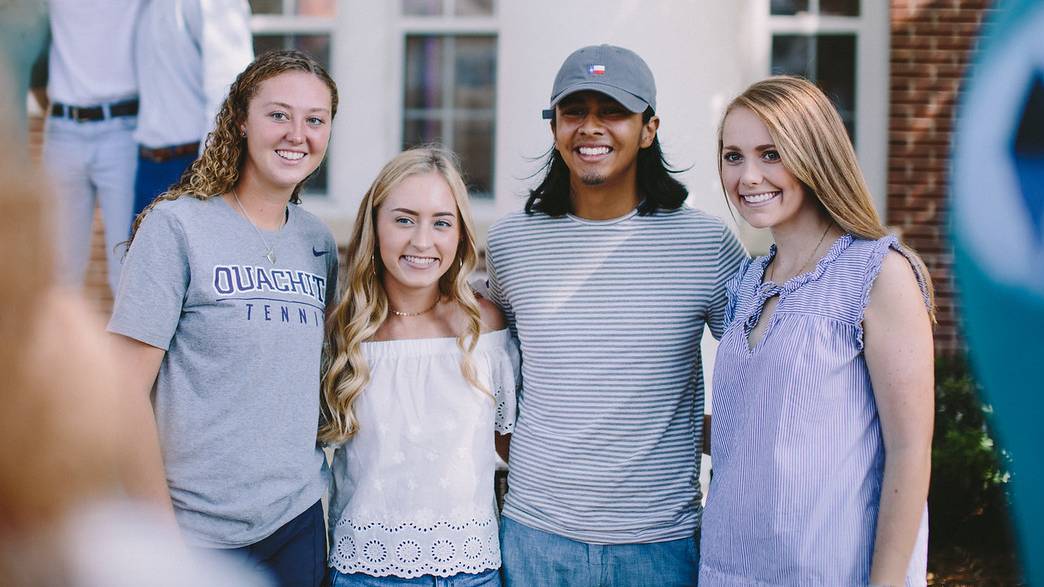 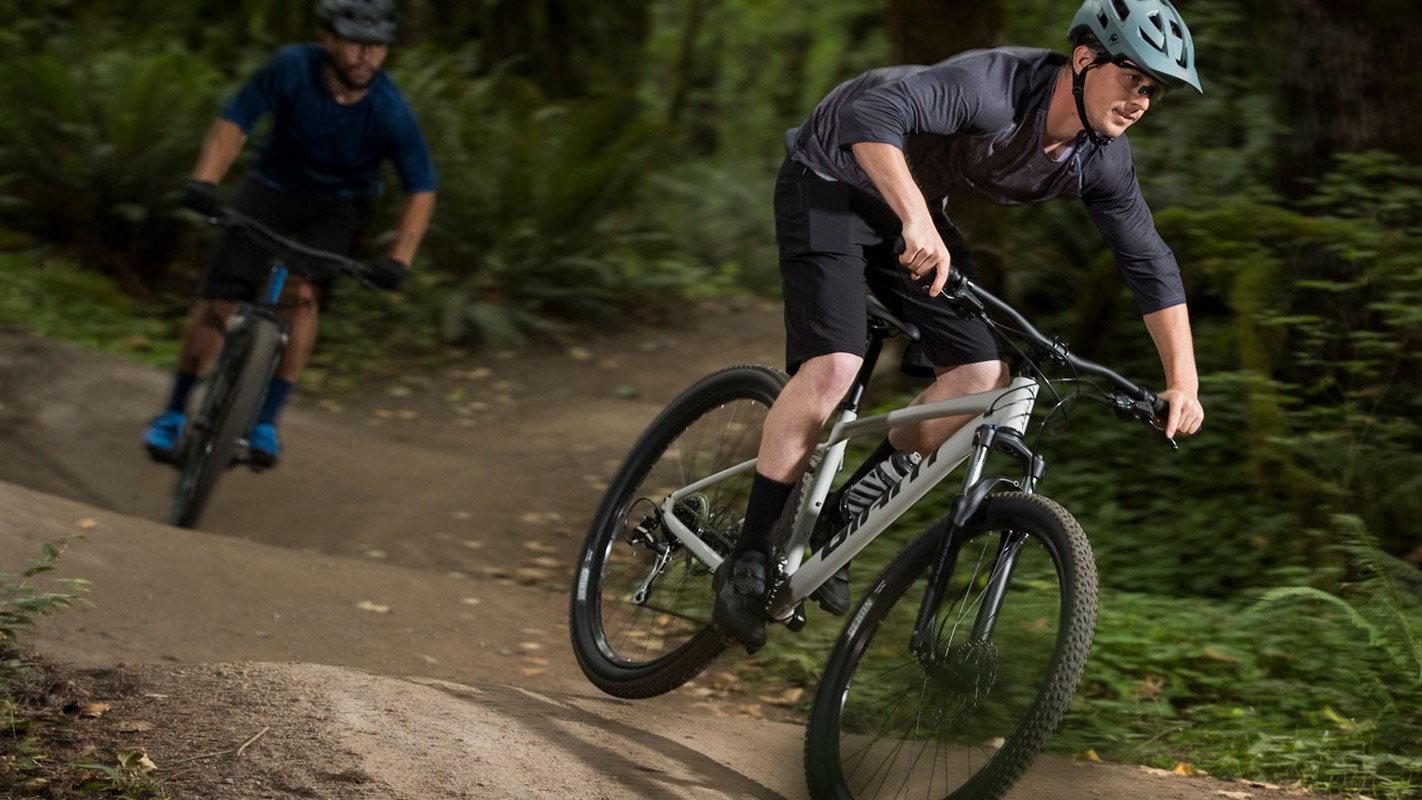 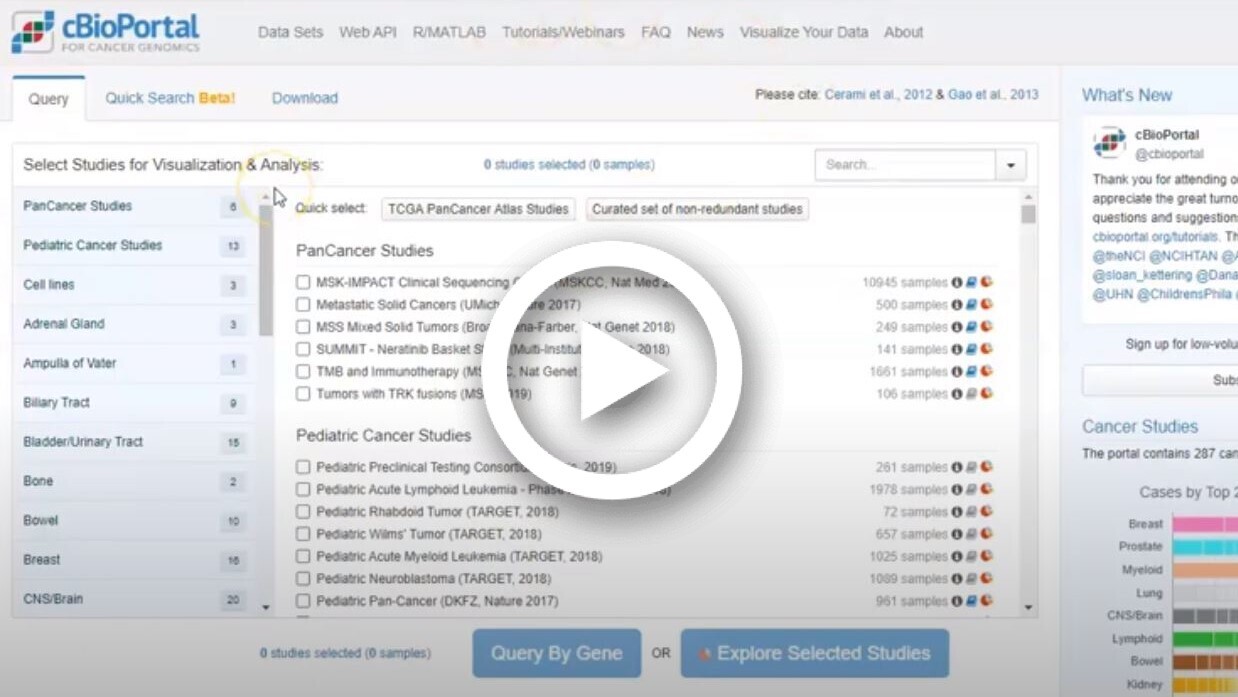