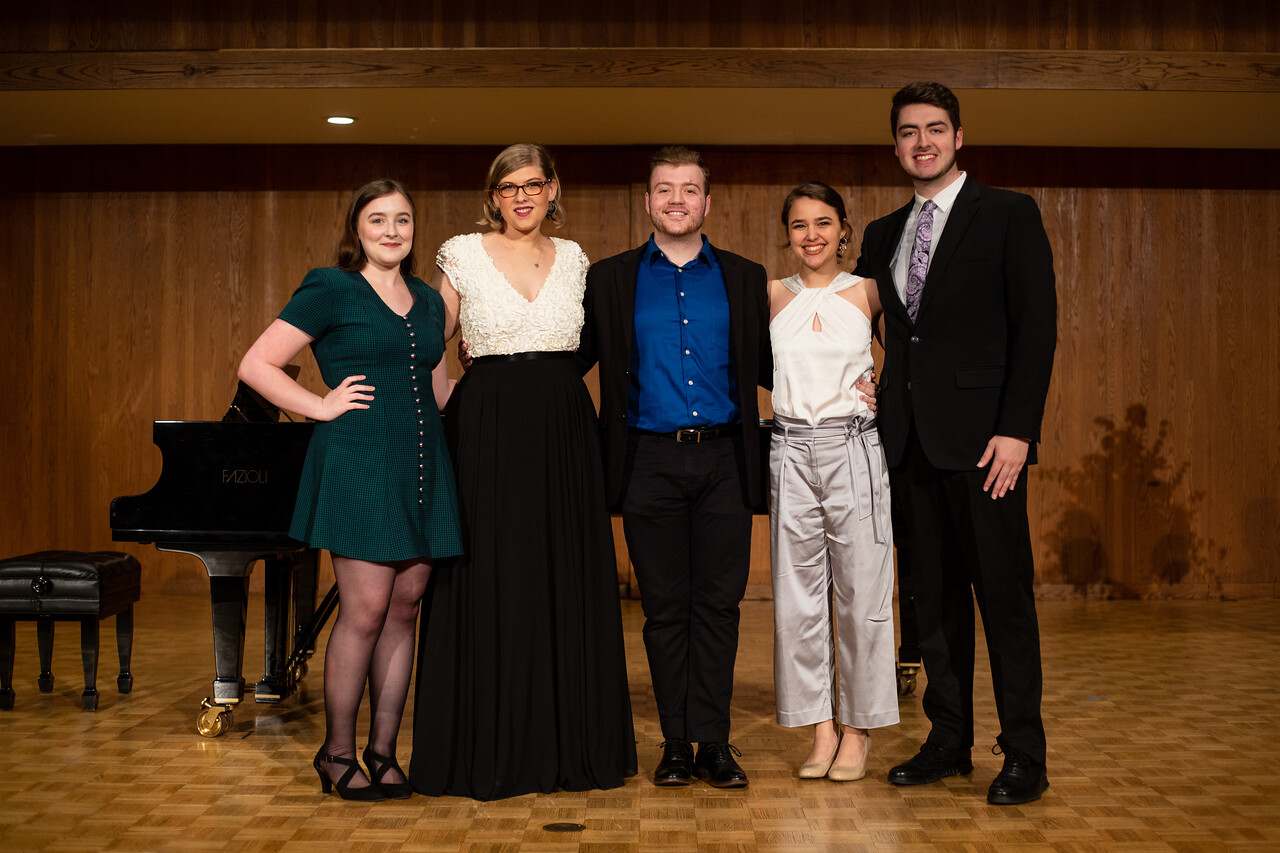 “It has been a great privilege to perform in the Shambarger Competition for vocalists my past three years at Ouachita,” Mobley said. “Mary Shambarger has played such an integral part in the success of our music program, and to be named the winner of the competition named after her has been such an honor.”

Along with earning first place, Mobley received $500 for his performance of Douglas Moore’s “I Got Ram Goliath!” from The Devil and Daniel Webster. Mobley is a student of Dr. Jon Secrest, Addie Mae Maddox Professor of Music, and Phyllis Walker was his collaborative pianist.

Mobley also received first place at the 20th anniversary of the competition in 2018, which featured art songs.

“The amount of preparation required to ensure our confidence as performers in this competition is the same kind of preparation we will need to provide to all aspects of our performance careers,” Mobley said. “I believe that it is because of this experience and experiences alike that build the confidence in students of Ouachita and allow us to find success in our respective careers.”

Second place and $300 was awarded to Bonnie Gentry, a senior musical theatre major from Arlington, Texas, who is a student of Dr. Jon Secrest. Gentry performed W. A. Mozart’s “Voi, che sapete” from Le nozze di Figaro, and Phyllis Walker was her collaborative pianist.

Honorable mention and $50 was awarded to Hannah Gothard, a senior musical theatre major from Cleveland, Texas. Gothard performed Aaron Copland’s “Laurie’s Song” from The Tender Land. She is a student of Dr. Jon Secrest, and Susan Monroe was her collaborative pianist.

The Mary Shambarger Competition for Singers was created as an opportunity for Ouachita students to expand their musical repertoire while gaining experience performing and auditioning in a professional setting. The competition is held in honor of Mary Shambarger, professor emerita of music at Ouachita. Shambarger served as a voice instructor at Ouachita for 32 years. Most of Shambarger’s work was with choral groups, including what is now Ouachita Sounds. The competition repertoire rotates each year among musical theatre, arias and art songs; this year’s competition featured arias selections.

For more information, contact Dr. Jon Secrest, professor of music and coordinator of Ouachita’s vocal studies program, at secrestj@obu.edu or (870) 245-5134.