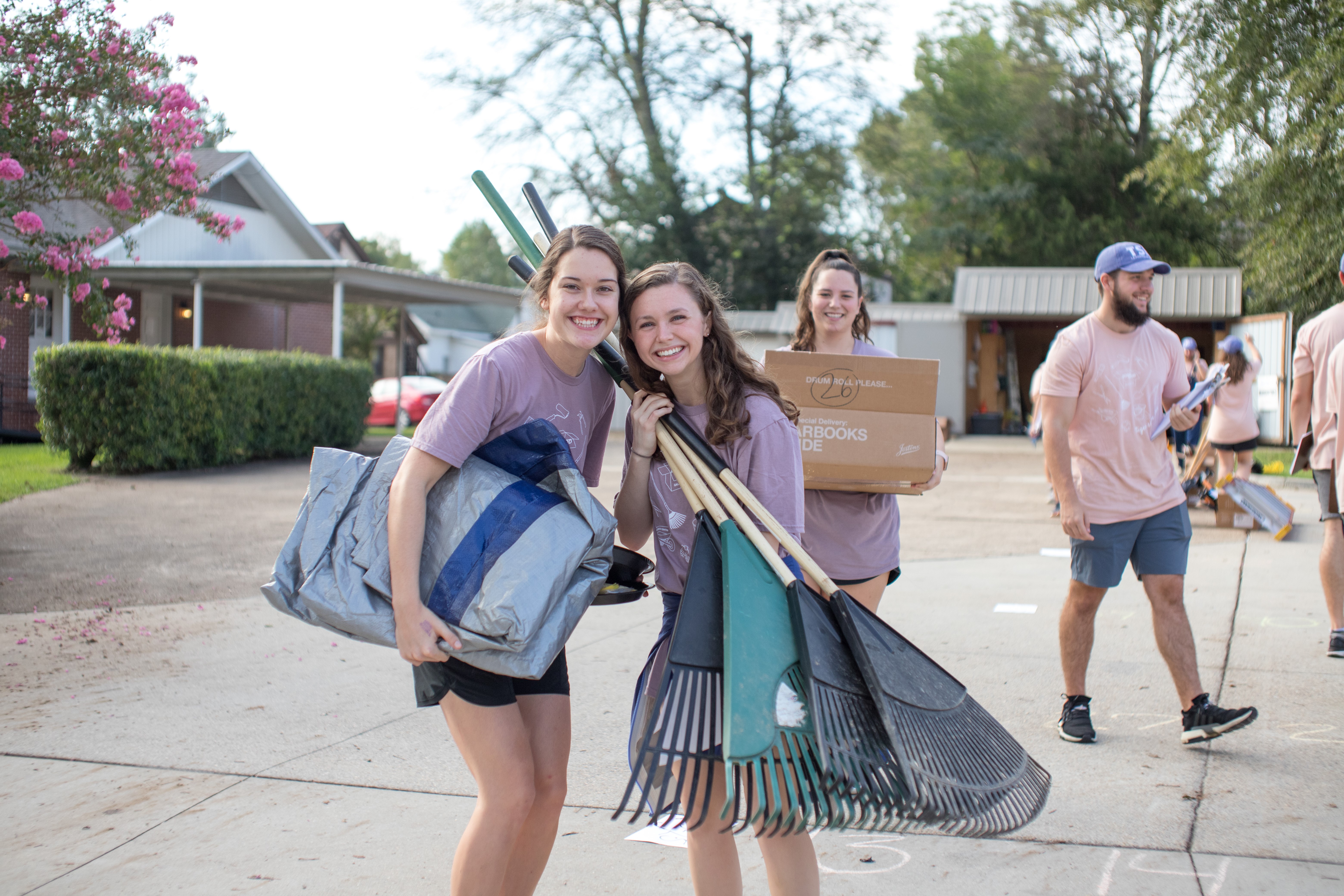 Ouachita Baptist University’s Ben M. Elrod Center for Family and Community hosted its annual Elrod Family Foundation board meeting on Wednesday, Feb. 12, to celebrate 23 years of the foundation and its mission of serving the community. Faculty, staff and student volunteers met with board members to share personal testimonies about the continuing impact of the center’s community service programs.

Ouachita President Dr. Ben Sells began the meeting by reading the Elrod Center’s statement of purpose and mission, which was written by Dr. Ben Elrod. Elrod, who died in the fall of 2018, served as Ouachita’s 13th president from 1988-98 and was the creator of the foundation.

“I think it’s a good tradition,” Sells said. “I’m not sure if I’ve ever been part of an organization where the person who was the founding impetus for it, whose vision was initially cast, is read each year. I think it’s important because those words are still as true today as they were when they were written so many years ago.”

Ian Cosh, vice president for community and international engagement and director of the Elrod Center, thanked members of the Elrod family for the generosity of their parents, Dr. and Mrs. Ben Elrod, who invested approximately two million dollars of their personal funds to support the work of the center.

“Your parents loved and were deeply committed to the work of the center as they understood its power to transform young men and women into servant leaders,” Cosh said.

“Dr. Elrod believed that we are called to be good neighbors and to give back to the community of which we are a part,” he added. 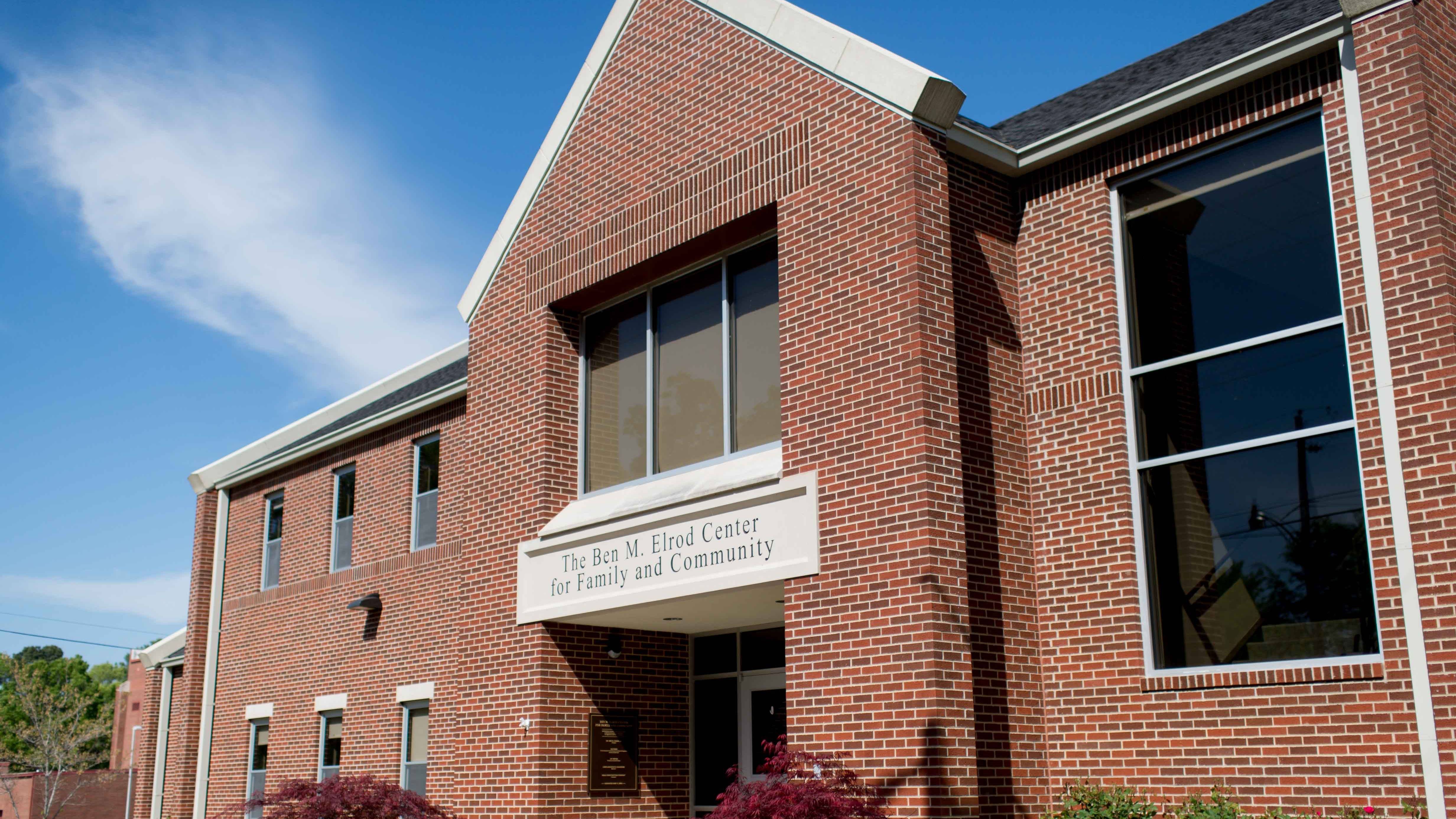 One of the newest additions to the programs the Elrod Center provides is Feed Arkadelphia, a food service program spearheaded by Ouachita student Reanna Johnson, a junior social justice studies and psychology double major from Rio Vista, Texas. The program will function similarly to Meals on Wheels and rely on student volunteers to deliver leftover, packaged cafeteria food to those in need in the community, hopefully serving up to 50 families weekly. Feed Arkadelphia officially was launched on Feb. 18.

The beginnings of the program came from the vision and work of Johnson, who began by delivering a meal to a family in Arkadelphia once a week two years ago.

“Ever since freshman year, God has just placed on my heart that there is such a big need in hunger,” Johnson said. “There’s a lot of poverty anywhere you go. … In this community and a few surrounding, there’s over 10,000 people in poverty. Hearing the kids come up to me and say, ‘I’m hungry,’ and then going to look in their cabinets and seeing nothing or just dry cereal and no milk was really heartbreaking.”

Johnson thanked Ouachita’s food service provider, Sodexo, for their involvement, as well; the food provided for this program will come from the leftover cafeteria meals, also solving a food waste problem.

“Yearly, universities nationwide waste 22 billion pounds of food, so this will not only help solve hunger, but reduce waste, as well,” Johnson said.

“For a small university, I’m really proud of these numbers; they’re quite remarkable,” Duvall said.

Eighteen student volunteers, faculty and staff members went on to share their experiences serving through Elrod Center programs. Several of the programs that were highlighted included:

“One of the most meaningful things we do is a chant we teach them which says: ‘Respect my music, respect myself, respect my neighbors and respect my teachers,’” Sanders said.

“Not only do we get to impact them with music, but we get to teach them about another culture,” said Terry. “We’re teaching them not only to respect music and us as teachers, but to respect themselves, as well. We learn lots of music and songs and, at the end of the year, we perform with two Ouachita bands.

“It’s really important to me because I get to work with kids,” Terry continued. “My dream is to do ministry with kids, and I get to teach my passion of music and share the love of Jesus.” 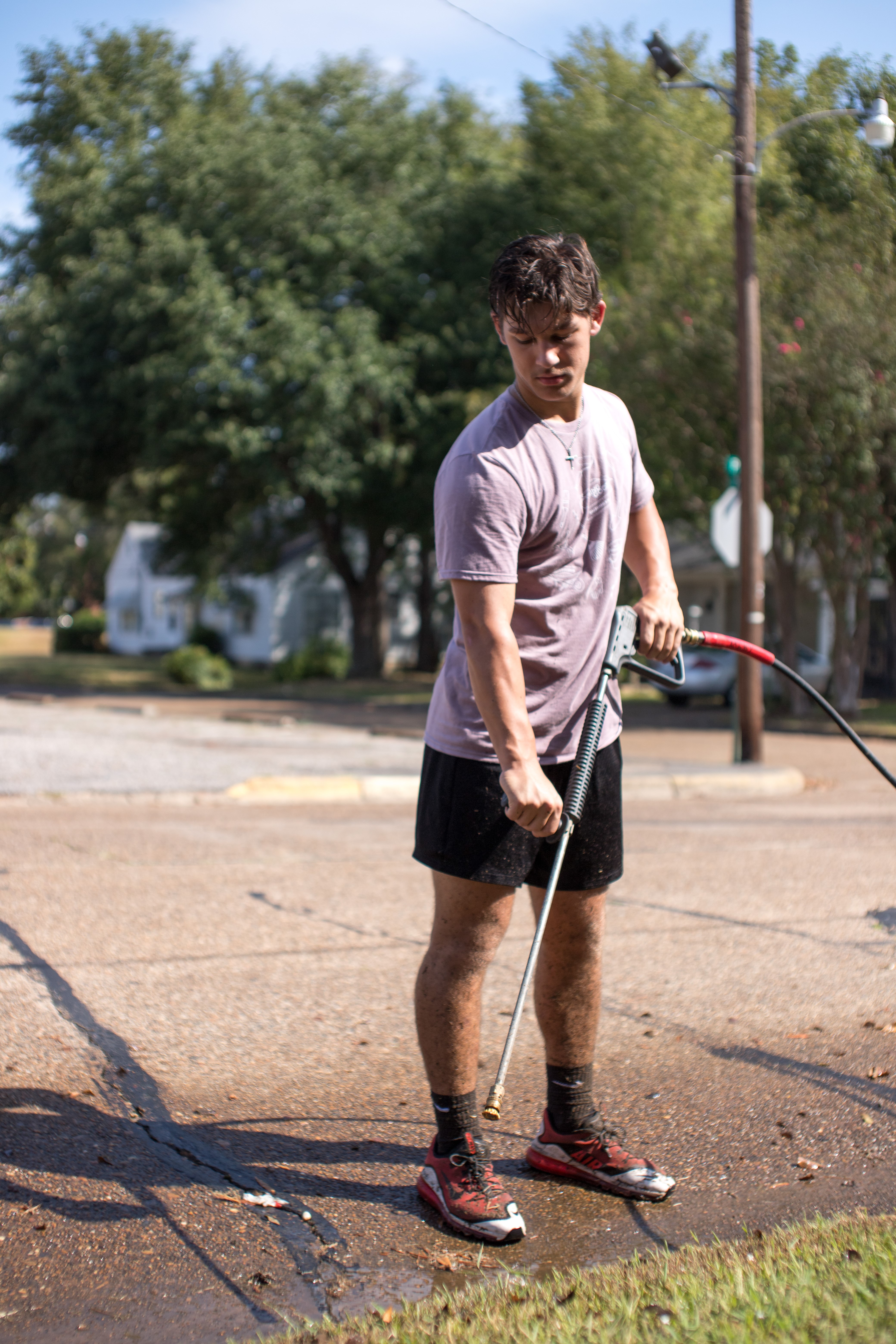 “As most of you know, I’m way too involved on campus, but I’ve never once thought about dropping Tiger Serve Day. It has changed my life,” Goodman said. “I’m from Arkadelphia, so it’s a really neat opportunity for me because I’ve grown up remembering the Saturdays where Ouachita students would come through our neighborhood and at the neighbors’ next door.

“It’s so beautiful how God has put these people together,” she continued. “That’s what I love: serving in the harder times and seeing how God moves in those hearts and allows us to serve them.”

“A bunch of alumni – children raised in the home – came back and celebrated with the children, showing a lot of hope and positivity,” Renshaw said. “It doesn’t really matter about the number of people who go, but their hearts and passions. We go just to love on kids, show them love, joy and hope. One afternoon can change a kid’s life.”

“ElderServe is a program that matches elderly members of the community with a college student, and the idea behind it is that you go and act as a companion for them, typically meeting once a week for an hour,” Gills said. “Well, I like to say that I won the ElderServe lottery, because I got Ms. Hazel. When I went into this, I thought I would wash her dishes, help her out. When I’m with her, she does everything except let me help her.

“She calls herself my mentor and introduces me to her friends as this,” Gills continued. “We go on adventures, go shopping, and I love visiting Ms. Hazel. She always makes sure I get to eat. ElderServe has probably been the highlight of my Ouachita experience because I’ve formed this really tight friendship with someone I’d never have met outside of this program.” 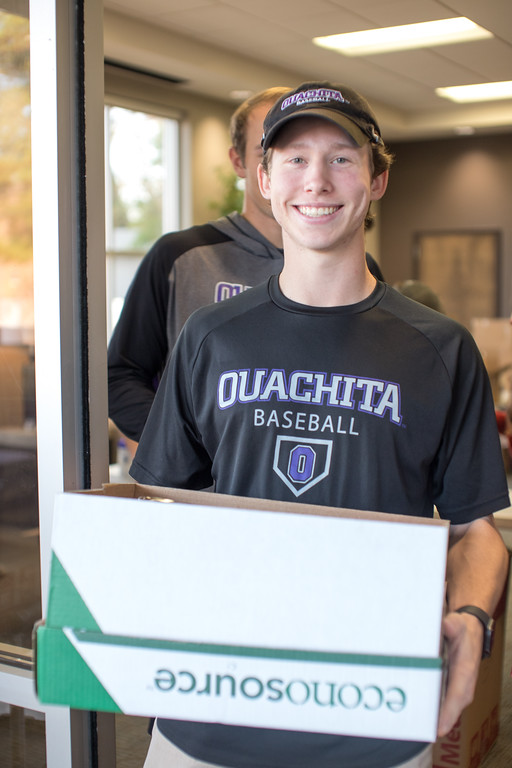 Tutoring: Tehya Hinkson, a junior studio art major from Benton, Ark., represented the volunteers of the tutoring program, which takes place in the Elrod Center.

“This is where we serve kids from the community who need help in a certain subject,” Hinkson said. “It’s all student volunteers we get through TranServe who meet here once a week.

“This program is an amazing opportunity to reach these kids in a vulnerable place, because it’s hard to ask for help at any age,” she continued. “We offer this program that makes them feel comfortable and safe, and it pairs them with a college student who has a passion for reaching students. I can be having the worst day ever, and seeing my kid’s face when he walks in, even if he’s upset, makes me so happy.”

For more information on the Elrod Center or any of these programs, visit www.obu.edu/elrod or contact the center at (870) 245-5320. 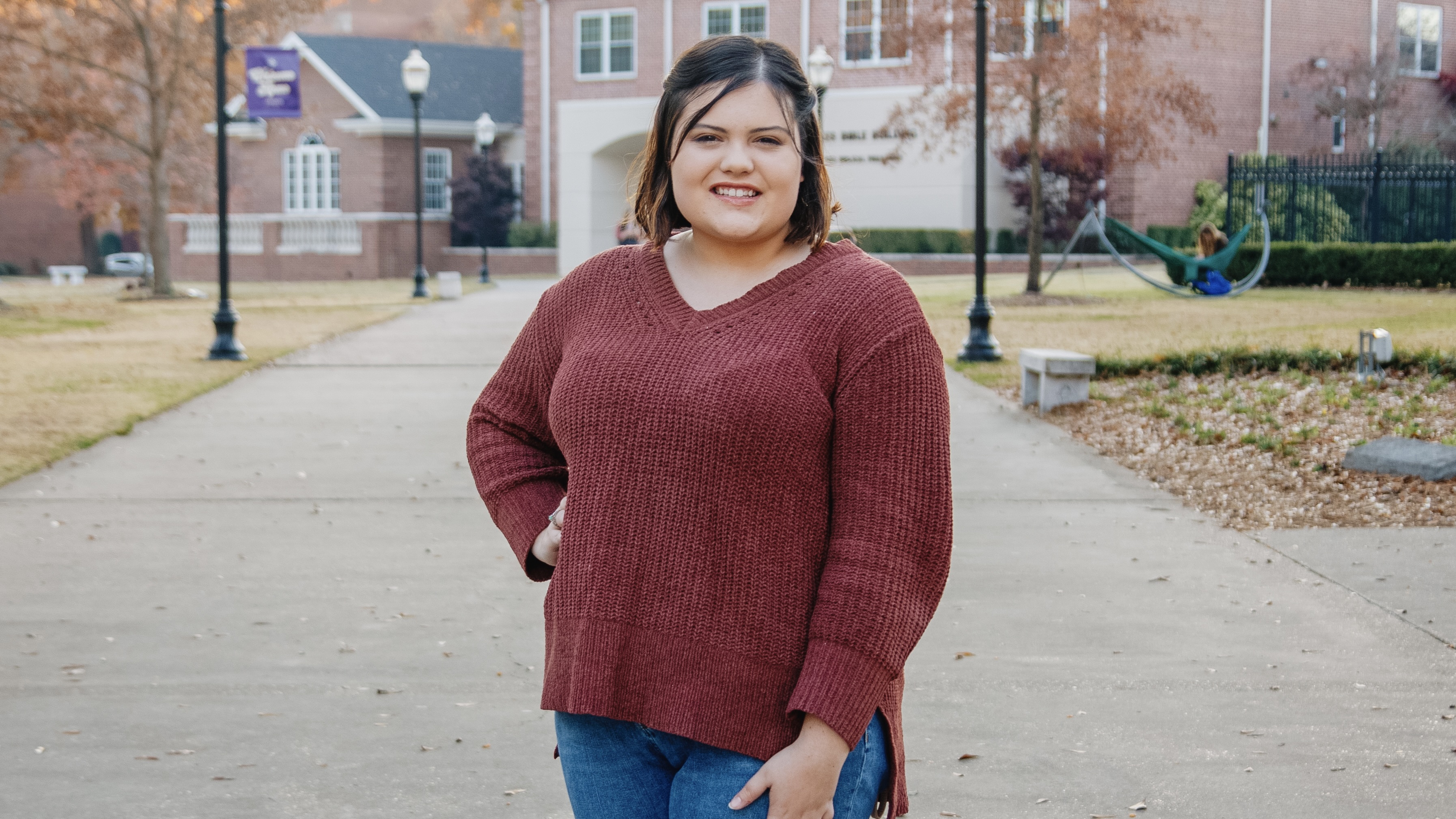 From the "Ouachitonian": Allie Bailey 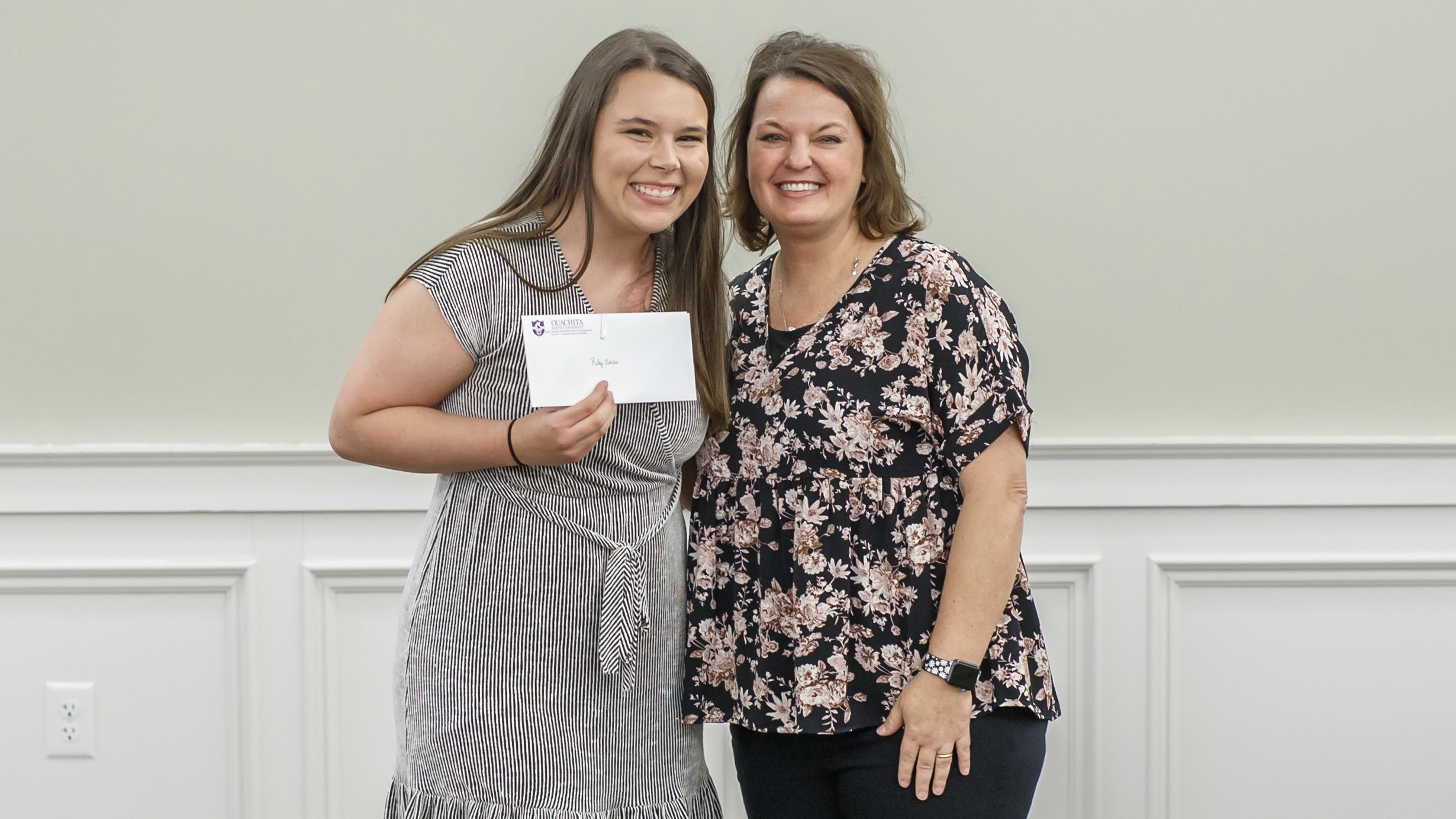