April 07, 2021 - Rachel Gaddis
Ouachita Baptist University’s Office of Development has announced its annual Stepping Up for Ouachita luncheon will be held on Friday, Nov. 12, in honor of four women who work in healthcare: Dr. Jana Crain, Debbie Kluck, Sherrie Sharp Thomasson and Tammy Young. The event will take place at Chenal Country Club in Little Rock, Ark. Ticket and sponsorship information is available at obu.edu/steppingup.
Since its inaugural event in November 2010, Stepping Up for Ouachita has raised more than $650,000 toward scholarships for women at Ouachita. Every year the university honors an outstanding Ouachita woman or women who have shown grace, leadership, integrity and faith over the years.
“Stepping Up for Ouachita celebrates truly exceptional women,” said Donna Rippey (’84), chair of the 2021 Stepping Up for Ouachita planning committee. “This year’s luncheon will honor four women who serve others through their professions in the healthcare industry. We know the pandemic has made us all more appreciative for those who work in healthcare, which is why we are excited to honor Jana, Debbie, Sherrie and Tammy.” 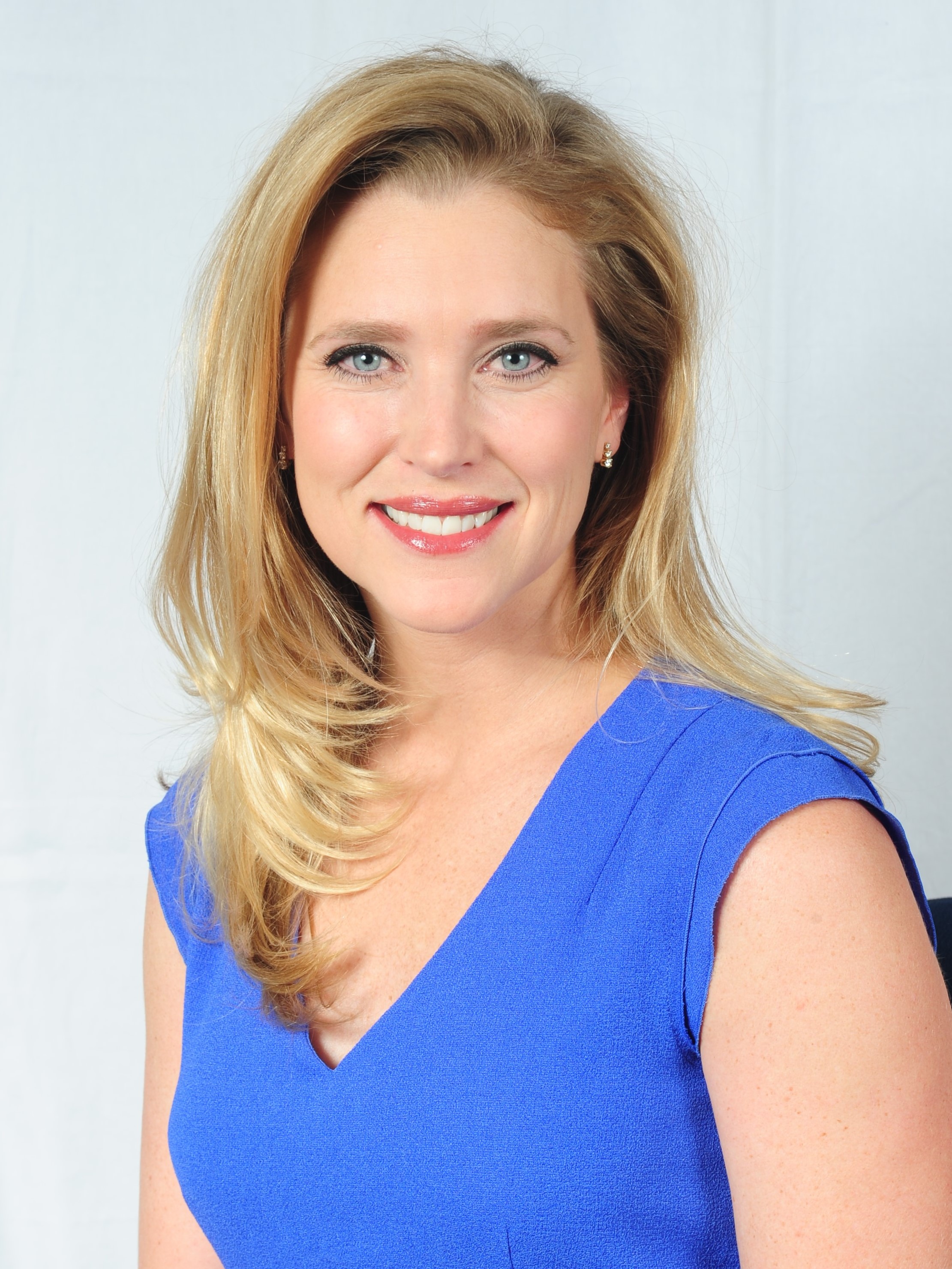 The 2021 honorees originally were to be honored at the November 2020 luncheon, but the event was postponed due to the COVID-19 pandemic. This year’s event will be held in person pending approvals from health authorities.
“We are so excited to host Stepping Up for Ouachita in 2021 after canceling last year’s luncheon due to the pandemic,” said Terry Peeples, vice president for development. “This event is a way to recognize and celebrate the tremendous work of women who help others and who love Ouachita.”
Dr. Jana Crain ('92) serves as medical director for imaging centers in the San Francisco Bay Area and Colorado. As a member of California Advanced Imaging Medical Associates Inc., she is a consultant for collegiate and professional players and teams including the Colorado Rockies, Cleveland Indians, San Francisco Giants, Santa Clara Broncos and the U.S. Ski & Snowboard teams.

Crain received her doctor of medicine degree in 1996 from the University of Arkansas for Medical Sciences, and she later completed her fellowship in MSK imaging with the National Orthopedic Imaging Associates in San Francisco. She holds medical licenses and is certified by the American Board of Radiology in 14 states, and she belongs to such professional societies as the American College of Radiology, Arkansas Medical Society and Society of Skeletal Radiology, among others. 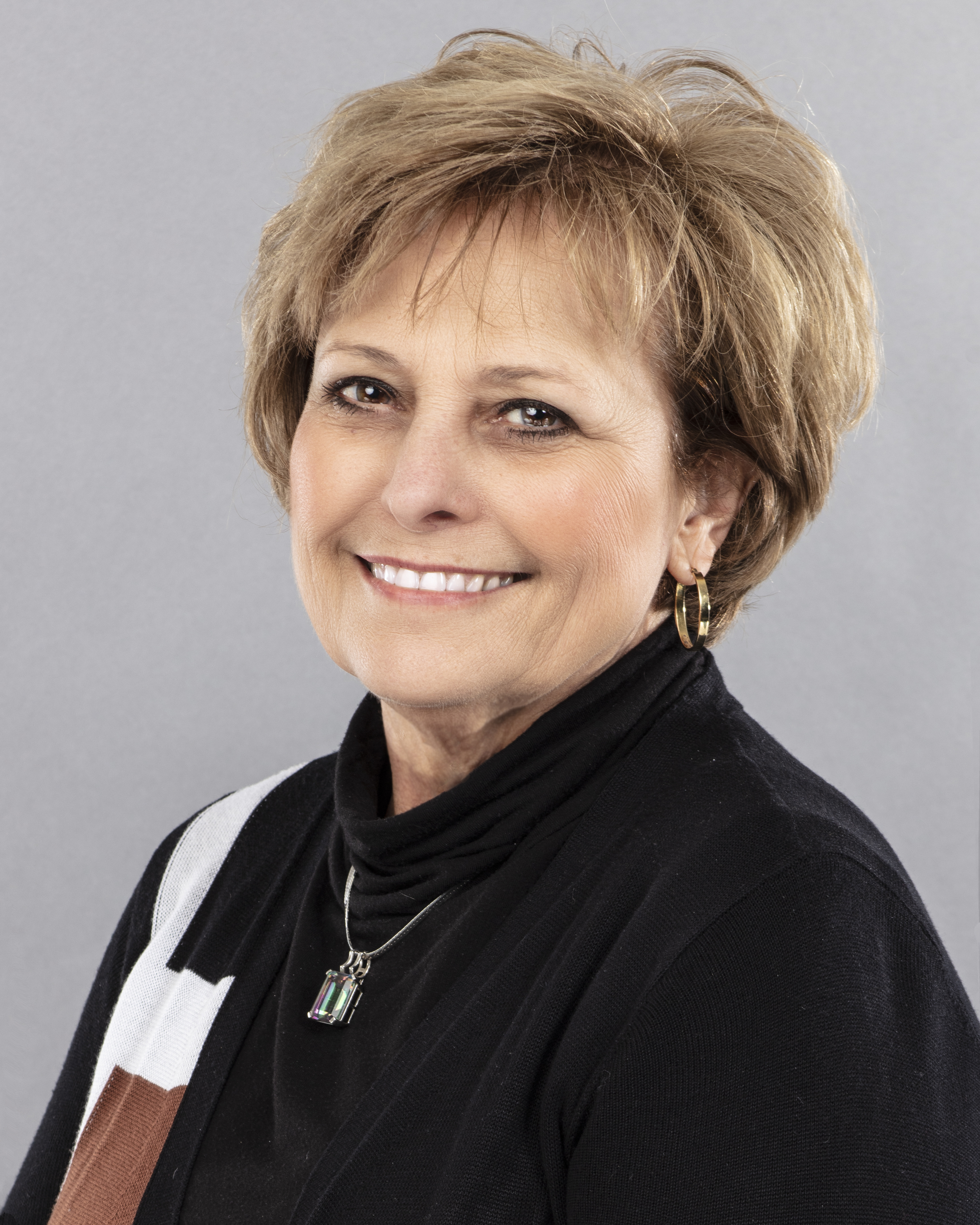 Originally from Star City, Ark., Dr. Crain is the daughter of Kathleen and Robert Crain. Among her philanthropic efforts, Dr. Crain supports the Precious Child Foundation in Tulsa, Okla.; The Call in Little Rock, Ark.; and Help One Child in Los Altos, Calif. She also recently founded the Lori Partridge Jeremiah 29:11 Scholarship at Ouachita.
Debbie Kluck serves as the office manager in the Arkadelphia Clinic for Children and Young Adults satellite clinic located on Ouachita’s campus. She also works on campus to serve students and student-athletes alongside her husband, Dr. Wesley Kluck (’77), Ouachita’s vice president for student development and university physician. Debbie holds a bachelor's degree in medical technology from the University of Arkansas for Medical Sciences in Little Rock.
Debbie and Wesley are active members of Second Baptist Church in Arkadelphia, Ark. The Klucks have led college Bible studies since 1984, ministering to both Ouachita and Henderson State students. Debbie also leads a women's Bible study and enjoys serving and fellowshipping with her family.

The Klucks’ daughter, Jennifer Hopkins (’08), and her husband, Seth, live in Benton where she is an educator, and he is a Benton police officer; Debbie is grandmother to their two daughters, Carli and Mackenzie. Debbie’s brother, Robert Hicks, lives in Baton Rouge, La., and her sister, Cindy, is a 1968 Ouachita graduate. 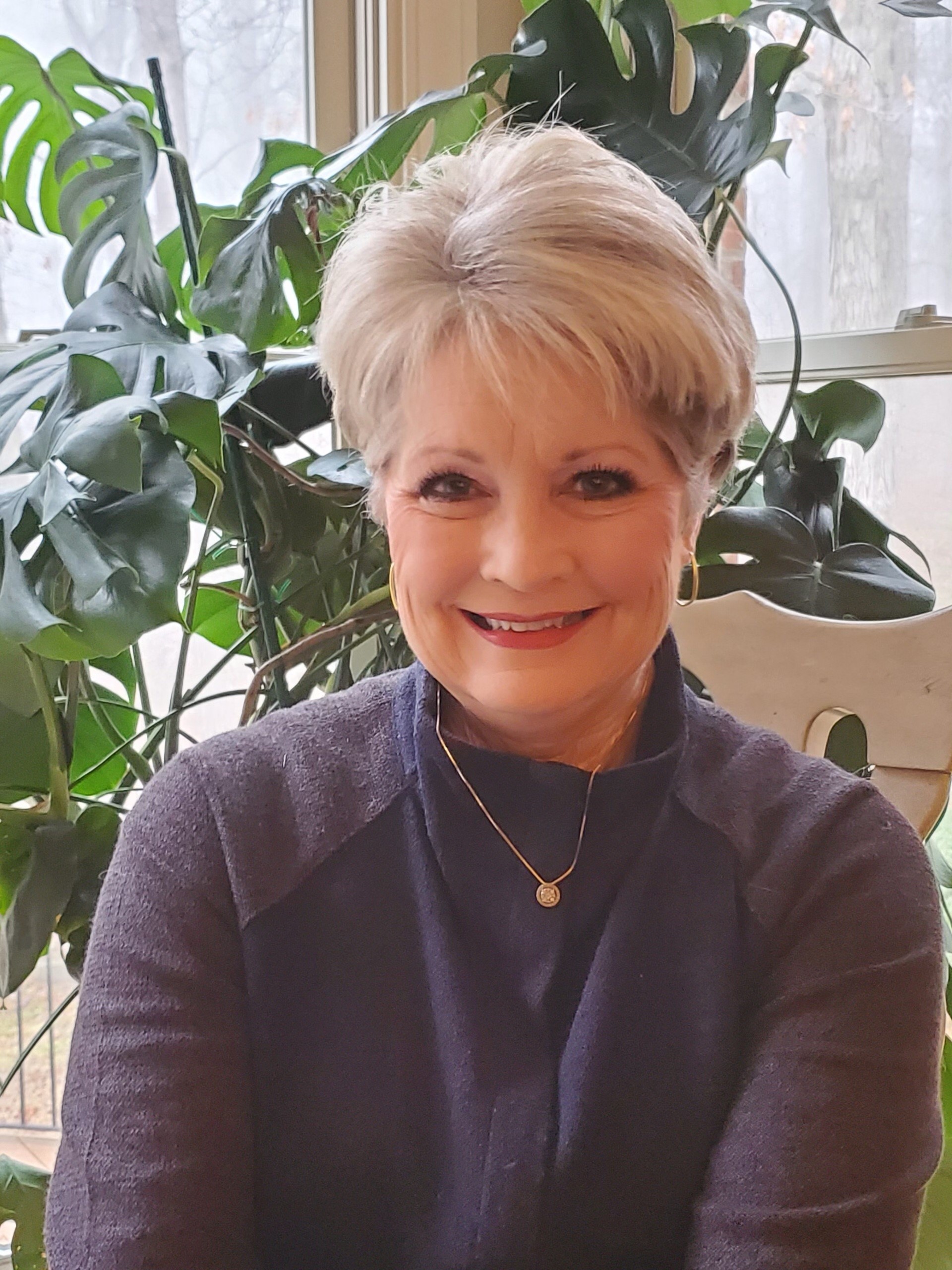 Sherrie Sharp Thomasson serves as divisional vice president for RehabCare based out of St. Louis, Mo., and recently acquired by Select Rehabilitation, overseeing therapy services in assisted and independent living facilities across the country, managing 400 sites, more than 2,500 employees and $40 million in revenue per year. Sherrie previously served in the same role for Kindred Healthcare, which provides healthcare services in 34 states including long-term acute care hospitals, inpatient rehabilitation hospitals, sub-acute units, inpatient rehabilitation units, contract rehabilitation service businesses and behavioral health services; Sherrie worked for Kindred for 22 years.
During her sophomore year at Ouachita, Sherrie met her husband Paul (’75), who played baseball and football for the Tigers. They celebrated 34 years together until his unexpected passing in 2012. Sherrie earned her degree in speech pathology from the University of Central Arkansas since Paul was hired there during her senior year at Ouachita, and she later earned a master of science degree in speech pathology from the University of Central Arkansas.
Sherrie has two children, Aaron (’05) and Adam (’08), who followed in their father’s footsteps and played golf and football at Ouachita. Sherrie married Robert Thomasson in 2018, and she is “NuNu” to seven grandchildren.
Tammy Young (’88) serves as the CEO and founder of Nutrition Consult Services, Inc., a dietetic consulting business. For the past 30+ years, she has worked as a registered dietitian in a variety of healthcare settings, including skilled nursing facilities, neonatal ICU, home health, hospice, small rural hospitals, long-term care facilities, behavioral and psychiatric care, rehabilitation centers and outpatient diabetic management clinics. 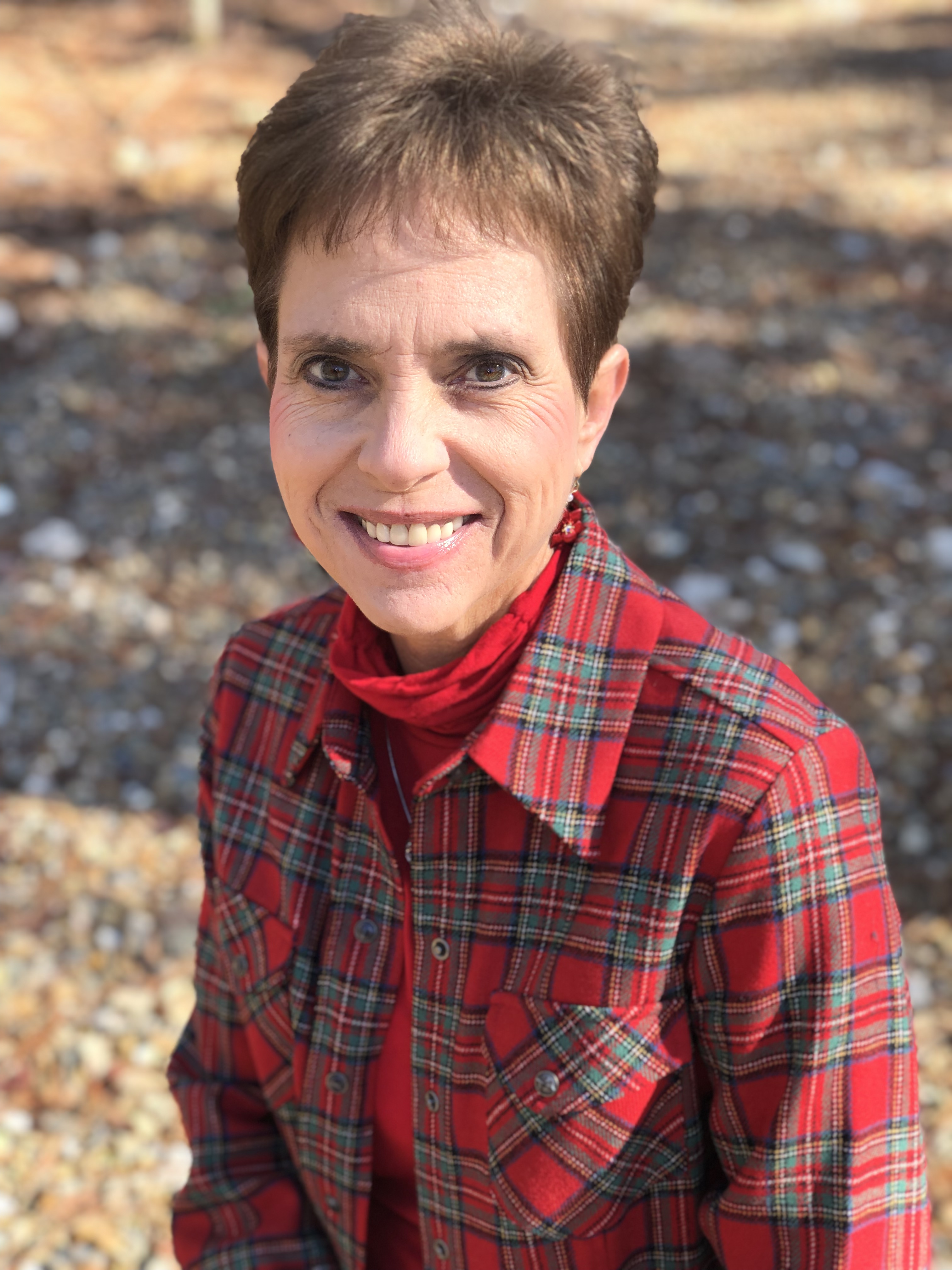 Tammy earned a degree in dietetics from Ouachita and completed her dietetic internship at the University of Arkansas for Medical Sciences. She has held various positions with the Arkansas Dietetics Association and is a member of multiple dietetics organizations. She is also on the board of directors for Encompassing Hope, a Northwest Arkansas organization that provides support for behavioral and mental illness.
Originally from Nashville, Ark., Tammy settled with her husband, James (’88), in Springdale, Ark., where they have attended Crosschurch for 20 years and served at its various campuses in Fayetteville, Springdale and Pinnacle Hills in Rogers. Together they have two children, Justin (’14) and Katelyn (’18). Tammy also is a grandmother to Justin’s three children.
Stepping Up for Ouachita is a premier event that helps raise money to assist with scholarships for Ouachita women. The university serves more than 1,600 students, more than half of whom are female; with over 95% of Ouachita students qualifying for financial aid, the continued need for scholarships is great.
If you are interested in sponsoring the 2021 luncheon, contact Carrie Roberson at robersonc@obu.edu or (870) 245-4278.