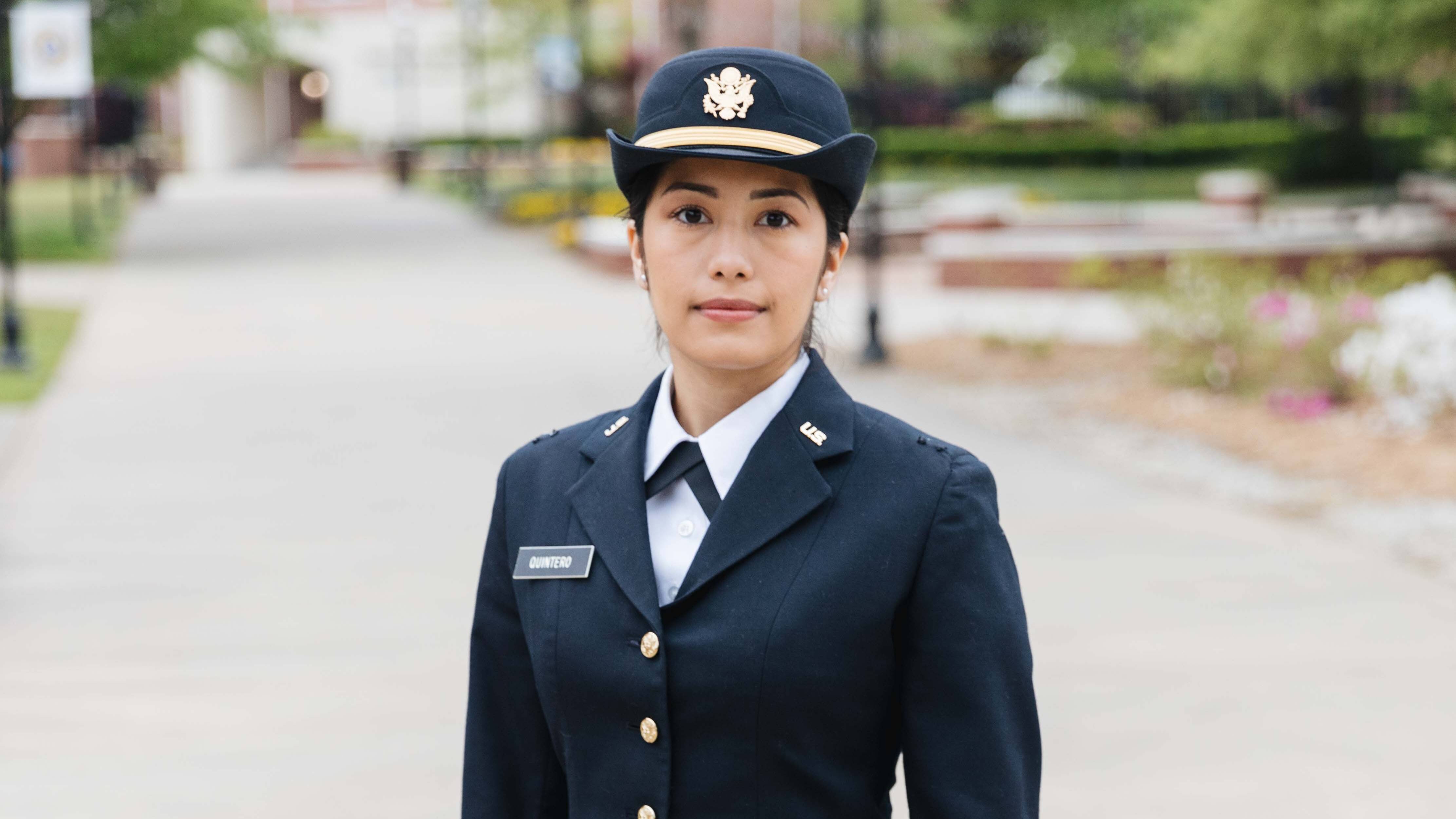 Since high school, Stephany Quintero has been passionate about serving as a member of the U.S. Army. Now a senior accounting and finance double major and member of ROTC at Ouachita Baptist University, Quintero has been named in the 2% of college students around the country accepted to the Army’s Educational Delay Program.

Originally from Arkadelphia, Ark., Quintero will graduate from Ouachita in May 2021 as a 2nd Lieutenant and has been chosen – among 6,000 cadets – as one of 136 cadets nationwide for the U.S. Army’s Educational Delay, an honor that defers service years and allows cadets to further pursue their studies for medical or law degrees. Of those 136 cadets, Quintero is one of 23 who were selected for the law school option.

“The Army's Educational Delay program is a highly selective process that goes through several boards, and for good reason,” said Lieutenant Colonel Kevin Moyer, professor of military science at Ouachita. “The Department of Defense is taking a financial gamble on a student by allowing them to delay their service commitment in pursuit of a specialized degree such as being a doctor or lawyer.”

The Educational Delay Program’s law school option is designed to produce active-duty Judge Advocates from current ROTC cadets. During their third year of law school, cadets compete for selection into the U.S. Army Judge Advocate General’s (JAG) Corps, the military justice and military law branch of the U.S. Air Force, Army, Coast Guard and Navy. Quintero has been accepted to the University of Arkansas School of Law in Fayetteville with plans to become an Army lawyer.

“I met Stephany at the beginning of her junior year in college while she was serving as Ouachita and Henderson State University’s cadet company commander and was considering law school,” Moyer said. “Stephany is an excellent student, peer mentor and a dedicated leader. She was my best company commander and has always impressed me with her commitment to others.”

“I could not believe it when I was first told I received Active Duty, and then it was even more exciting that I had been accepted for an Educational Delay,” Quintero said. “I immediately called my parents after and told them the great news.”

After sharing with her parents, Quintero sought out Bryan McKinney, dean of Ouachita’s Hickingbotham School of Business, who not only helped her prepare for the application process but who she said also inspired her to pursue a career in law.

“I have loved every moment of visiting with her about a future career in the law,” McKinney said. “I walked alongside her as she navigated the law school application process, and some of my best memories of the year were celebrating with her when she learned of her acceptance for Educational Delay, and when she told me she’d been accepted into the law school of her choice.

“I will always be proud of Stephany, and I have 100% confidence that she will move on from Ouachita and make a positive difference in people’s lives,” he added.

Quintero participated in JROTC as a student of Arkadelphia High School and was encouraged by mentors to pursue the officer route rather than enlistment. Through ROTC, she was able to receive a college education at Ouachita as well as work toward becoming an Army officer.

“I remember the first time I met her when she came to visit [Ouachita’s] campus,” McKinney said. “She was dressed in her JROTC uniform. She brought a notebook and took notes and asked great questions. She was so professional. I knew that she came from a supportive family, but I was impressed that she came alone. This was her journey – the first in her family to attend college – and she was ready to tackle it.”

While under Moyer’s command at Ouachita, Quintero made the connection between military service and law studies through a meeting with a former JAG officer. This inspired Quintero to use her passion for law to serve members of the military, specifically.

“I want to represent soldiers and help them with their troubles before they deploy, or if they seek legal counsel,” Quintero said. “I want them to have peace of mind that their wills and contracts are safe as they make their way to dangerous areas. I just want to put the skills that I have to best use by being the best lawyer for soldiers and care for the U.S. in that way.”

Quintero’s intentions to serve have been a trademark of her college years. She was chosen as the Henderson and Ouachita ROTC cadet company commander in Fall 2019, and she currently works as a resident assistant in Ouachita’s Susie Everett Hall. Quintero consistently has been named to Ouachita’s President’s or Dean’s List each semester, and she is a member of the Carl Goodson Honors Program and Tri Chi women’s social club.

“I am very blessed to not only be Stephany’s colleague, but her friend, as well,” said Michelle Smead, resident director of both Susie Everett and Maddox Halls at Ouachita. “She is a very humble and kind individual who has worked extremely hard – and overcome many obstacles – to accomplish her dreams. Stephany is one of the most positive role models that I know, and I truly believe that the sky is the limit for this amazing and determined young lady.”

Because of the influence and guidance of her professors, ROTC mentors and her parents, as well as her own determination to succeed, Quintero will complete her degree in May and as a first-generation college graduate.

“Stephany has the unique quality of being the type of leader who can balance emotional and mental intelligence,” Moyer said. “Whether the credit goes to her family, faith, instructors or peers, Stephany's demeanor and compassion at such a young age is commensurate with effective military leaders today.”

“I definitely trusted God with everything, and I would pray that He would guide me to what was best for me,” Quintero said. “I tried to not take things in my own hands, but rather let God make the decisions for me. It has been very hard, both mentally and physically, but here I am demonstrating that it is possible to get it done.”

The Ouachita Baptist University and Henderson State University ROTC Program are part of the 5th Brigade and the Golden Lion Battalion. For more information, call 870-245-4352. 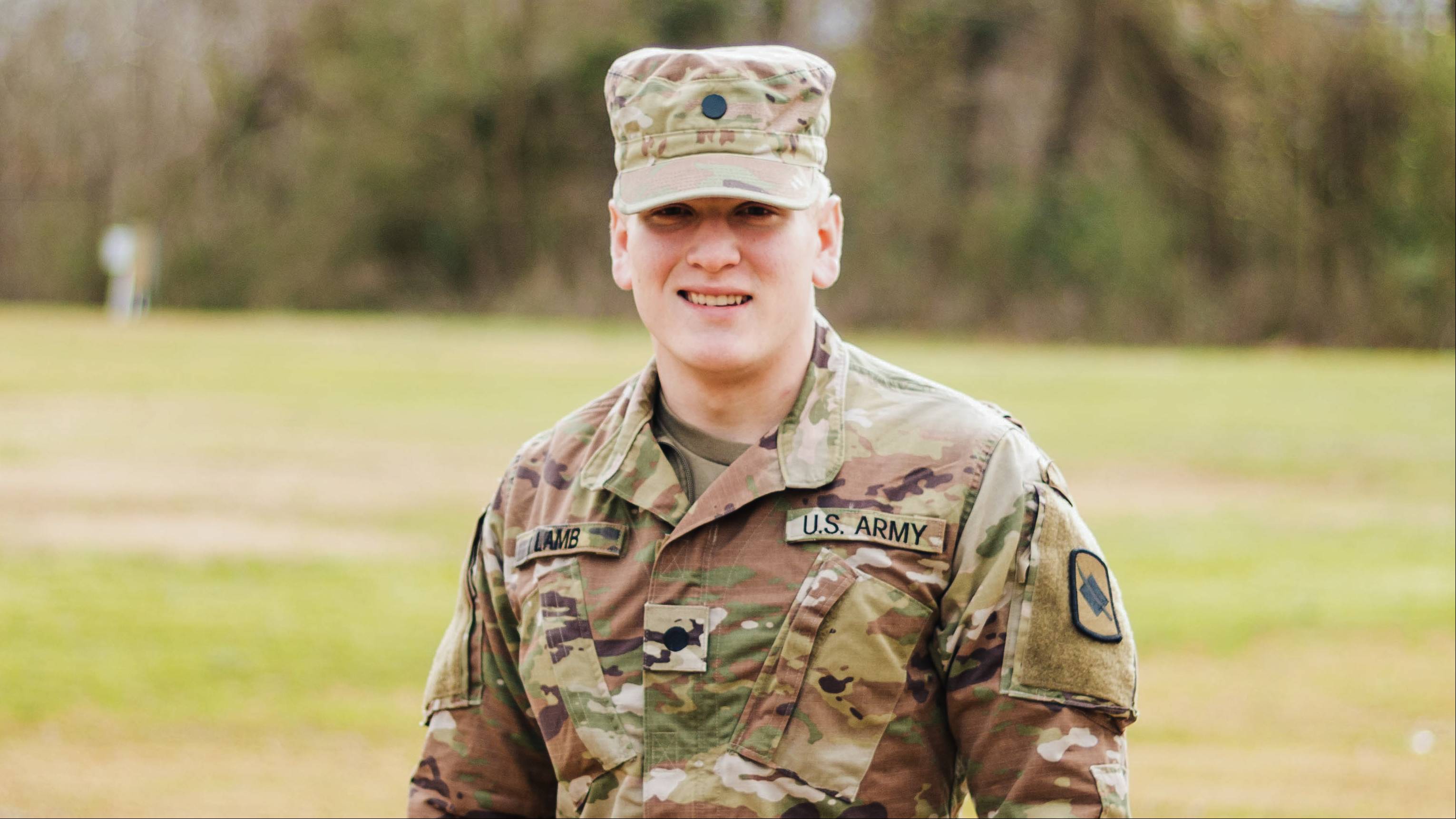 From the "Ouachitonian": Trey Lamb

From the "Ouachitonian": Trey Lamb 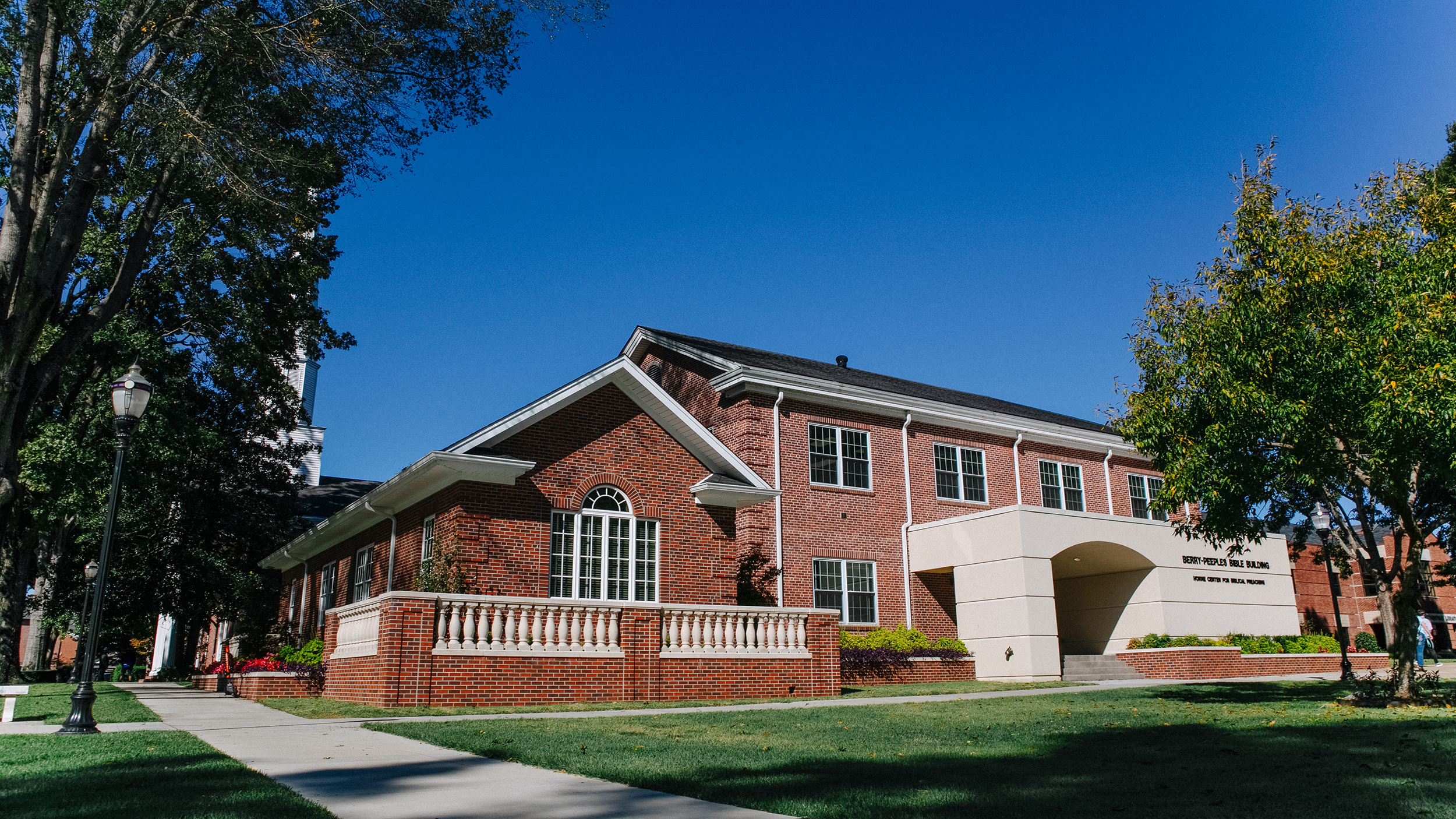