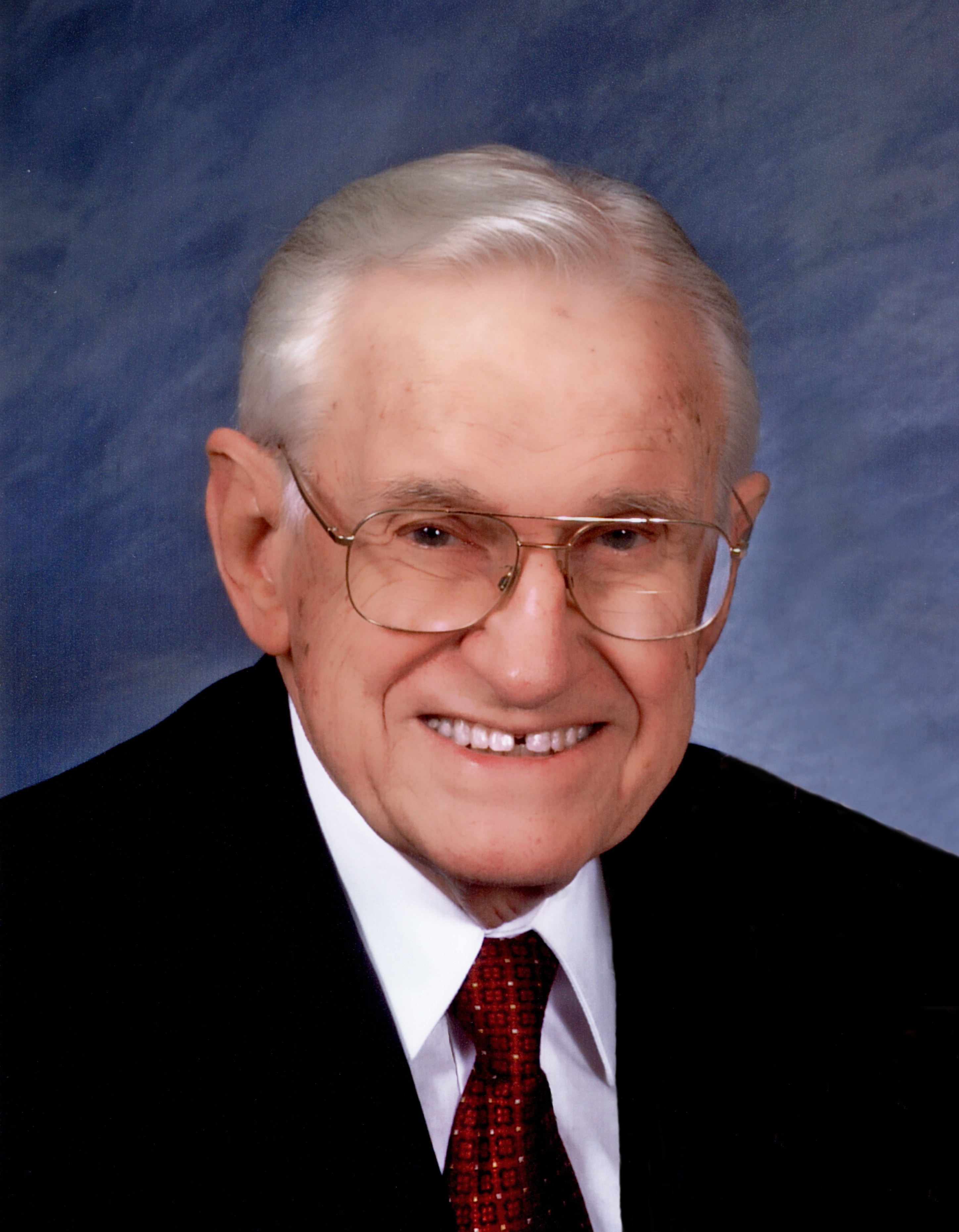 Grant was Ouachita’s 12th president and held the office longer than anyone in the university’s history apart from Dr. J.W. Conger, founding president. Grant’s service to Ouachita was distinguished by his dedication to building a thriving, financially stable learning community in the liberal arts tradition, based on a commitment to rigorous academics and Christian excellence.

Dr. Ben R. Sells, Ouachita president since 2016, said, “Dr. Grant graciously welcomed me when I assumed this role and has been very supportive ever since. Each president is a steward for a season, and he was exemplary in leading and shepherding Ouachita, a place he deeply loved.”

“Dr. Grant has been a confidant and friend for many years. His love and dedication to Ouachita are unparalleled,” said Dr. Rex M. Horne, Ouachita’s 15th president. “His wisdom, kindness and example live on in all who walked alongside this remarkable man.”

Before he was named Ouachita’s president, Grant taught political science for 21 years at Vanderbilt University, where he was also founding director of the Urban and Regional Development Center. As both a graduate student and a professor, he became interested in the ways politics and policy impact local government.

Grant served on the executive council of the Southern Political Science Association and was recognized as an expert in merging city and county governmental structures and services. He taught municipal government and planning at Thammasat University for a year in Bangkok, Thailand, and served as a consultant to the City of Bangkok. After returning to Vanderbilt, Grant was co-designer of the plan that joined municipal and county offices into a metropolitan government system for the city of Nashville, Tenn.

He wrote and co-wrote several books and articles based on his knowledge of the field, including “Metropolitan Surveys: A Digest,” “The States and the Metropolis” and a widely-used college textbook titled “State and Local Government in America.”

Grant also wrote extensively on topics related to Christian citizenship, including his book “The Christian and Politics,” articles published in “The Baptist Student” magazine and 15 years’ worth of weekly columns titled “One Layman’s Opinion” that he penned for the “Arkansas Baptist Newsmagazine.”

Recognized as a Baptist lay leader long before he was named Ouachita president, Grant was a popular denominational speaker who served in numerous leadership positions on national, regional and local businesses and organizations.

Grant’s tenure at Ouachita began in 1970.

“It was my exceedingly good fortune to have been hired by Dan Grant in 1976, welcomed by him and Betty Jo into the Ouachita community, and continually supported and encouraged by him through the ensuing decades,” said Dr. Hal Bass, professor emeritus of political science at Ouachita. “He was a paragon who exemplified the academic and Christian excellence he proclaimed.

“One of Dan’s specializations in political science was public administration, and he proved himself to be an extraordinarily effective university president,” Bass recalled. “He combined visionary leadership with managerial skill. Dan was a careful listener who weighed and balanced competing perspectives and prioritized deliberation and consensus in decision making. He understood that policies were rarely self-executing, and he was attentive to the challenges of implementation.”

A tireless advocate for global education and missions, Grant broadened Ouachita’s international focus. Under his leadership, study abroad programs were established in China and Japan, a foreign language academic requirement was adopted and students were provided opportunities to participate in missions projects in Africa and South America. During his tenure, Ouachita consistently ranked among the top five colleges in the country in producing Southern Baptist missionaries, and a Missionary-in-Residence program was started. The Daniel and Betty Jo Grant Center for International Education at Ouachita was named in Grant’s honor upon his retirement in 1988, in recognition of his initiatives to “bring the world to Ouachita, and take Ouachita to the world.”

In retirement, he helped establish and then volunteered to direct the Consortium for Global Education, which promoted increased global involvement and resulted in several hundred exchange agreements in some of the more restricted parts of the world. Guided by Grant, its membership grew to include 48 Baptist colleges and universities.

Grant’s attention to administrative planning and detail were balanced and informed by his genuine interest in others. Bryan McKinney, dean of the Hickingbotham School of Business and general counsel at Ouachita, was a high school junior when he met Grant. McKinney had to select an influential Arkansan to interview for a class assignment, and he chose the Ouachita president.

On the day of the interview, McKinney said, “I drove from North Little Rock to campus and sat in his office, and he gave me all the time in the world. I remember being cognizant that he was an important person with any number of more pressing responsibilities, but he treated that meeting with me like it was the most important thing on his calendar that day.”

As McKinney’s professional career progressed at Ouachita, he received personal notes of encouragement along the way from Grant. “Integrating faith and higher education was always Dr. Grant’s passion,” he said, “and he continued to encourage people to do so long after he retired.”

Grant continued to lead by example in his retirement, accepting an appointment by then-Gov. Mike Huckabee to serve on the Coordinating Board of the Arkansas Division of Higher Education.

“If there ever was a ‘life well-lived,’ it was the life of Dr. Grant,” said Huckabee, a Ouachita alumnus. “I probably wouldn’t have been able to go to college had he not given me a Ouachita Presidential Scholarship. His investment in me was profound, not just from the scholarship but from his Christian statesmanship and brilliant leadership of Ouachita.”

When Huckabee asked Grant to serve, “We had never had someone from one of the state’s independent schools on the board—only state schools,” Huckabee said. “He told me that he didn’t need a position. I told him, ‘Sir, you most certainly don’t need the position, but the position needs YOU!’ He reluctantly agreed, and served with distinction. The presidents of Harding, John Brown, Hendrix, Lyon and others profusely thanked me for appointing him to the board. They trusted him and loved him. How could anyone not?”

Grant is survived by his children Carolyn Grant Walton, Shirley Grant Hardin and Daniel Ross Grant, Jr.; five grandchildren; and 12 great-grandchildren. He was predeceased by his wife, Betty Jo Oliver Grant, as well as his two brothers and two sisters.

A celebration of Grant’s life will be held Saturday, July 23, at 10:30 a.m. at the First Baptist Church of Arkadelphia, 623 Pine Street, where Grant served as a deacon, sang in the choir, chaired several committees and volunteered in the Arms Around Arkadelphia ministry. The service will be led by Horne and Rev. Jimmy Darby, pastor of FBC. Memorial gifts may be made to Ouachita’s Grant Center for International Education at obu.edu/give or to Arms Around Arkadelphia through First Baptist Church of Arkadelphia (116 North 7th Street, 71923).