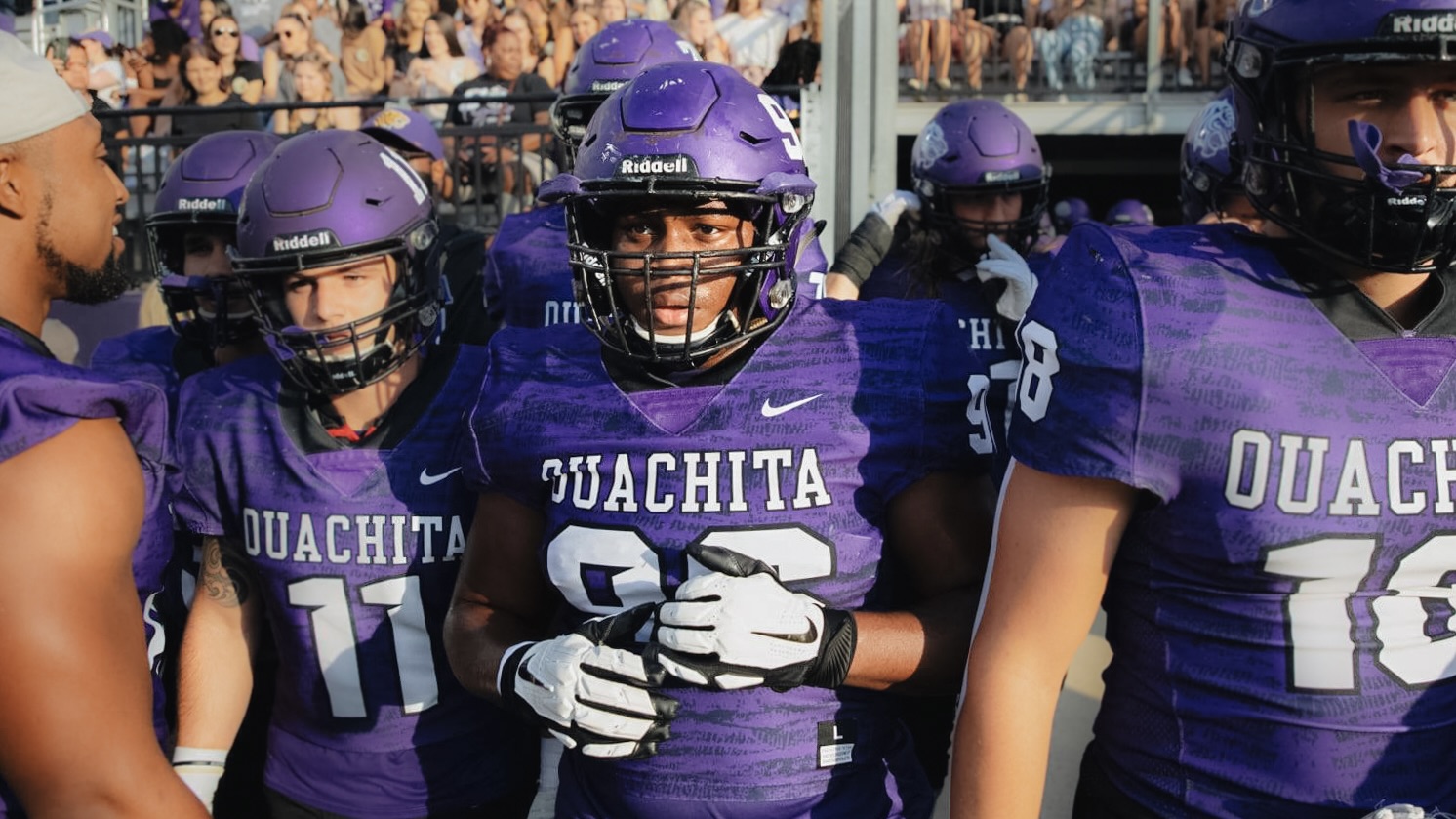 Ouachita Baptist University senior Clark Yarbrough, 21, of Rowlett, Texas, died Sept. 4. A business administration/sport management major and starting defensive lineman for the Tiger football team, Yarbrough was the son of Mattie Yarbrough of Rowlett. He is remembered on campus for the example he set as a leader, a scholar-athlete, a friend and a man of faith.

“Clark was an exemplary student – academically, athletically and spiritually,” said Dr. Rickey Rogers, vice president for student development at Ouachita. “He held strongly to his Christian faith, and it was evident in the way he lived his life and led his fellow students.” 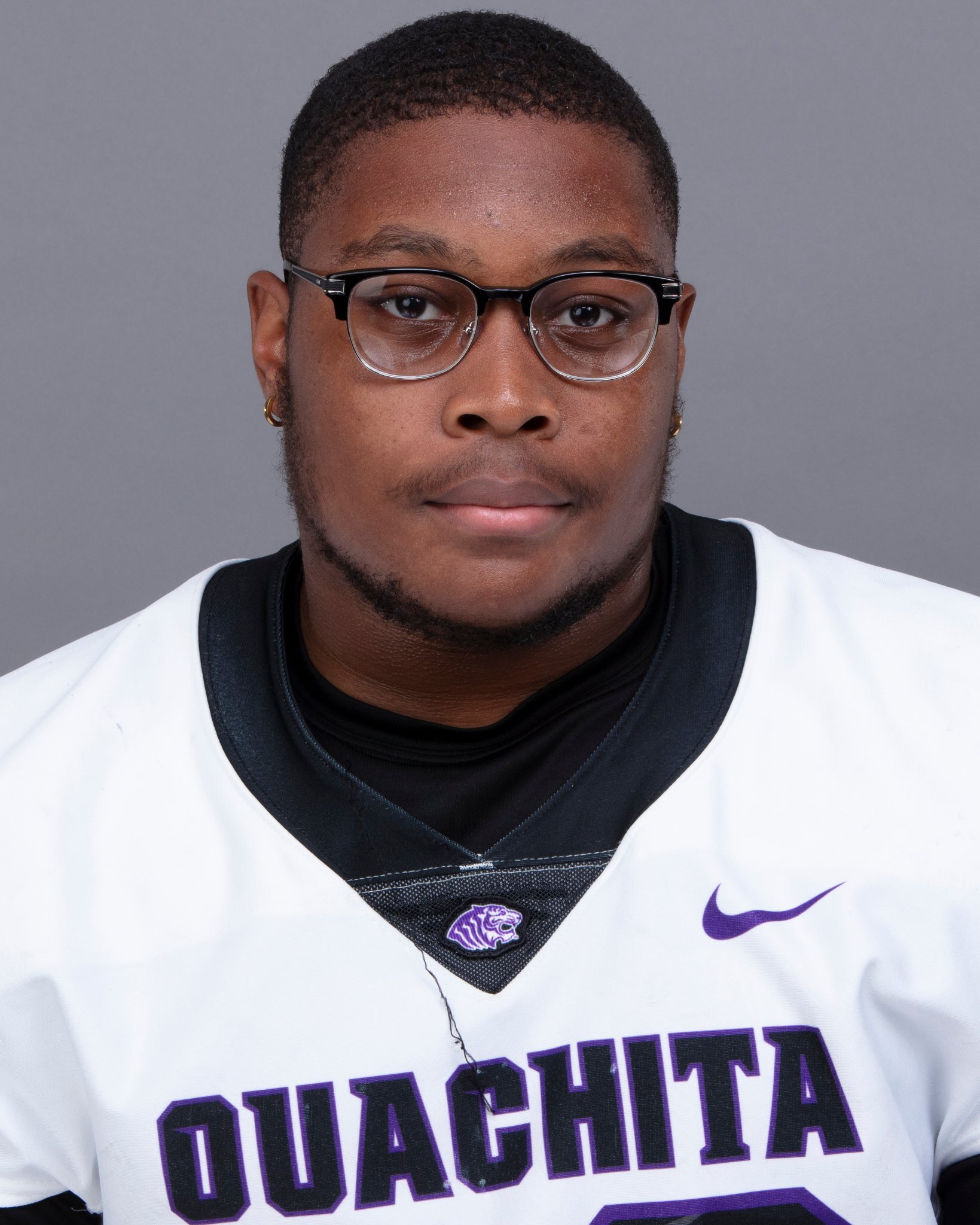 Jason Jackson, a senior finance major and Tiger defensive back from DeKalb, Texas, said Yarbrough was “a special kind of guy. He always led me in the right direction, from the day I got here until the last conversation I had with him. He made me feel welcomed, like I had a real brother in Christ at a brand-new university where, at first, I felt like I was all alone. Clark was my first friend when I got here, and I will cherish him forever.”

“Clark was someone you wanted on your team,” said Quantel Williams, director of residence life at Ouachita. “He always had a great disposition that illuminated the room and was a pleasure to be around each day. Clark loved the Lord, his family and his friends in a big way.”

As a third-year resident assistant in Ouachita’s Anthony Hall dormitory, Yarbrough “served each resident respectfully and helped many students who needed a voice or a helping hand,” said Williams. “Clark lived life to the fullest and will be missed tremendously across campus.”

Bryan McKinney, dean of the Hickingbotham School of Business at Ouachita, was a professor of Yarbrough’s as well as his academic advisor. McKinney noted that Yarbrough “made an immediate impact on me” in class. “He was always present, always engaged. And he offered so much. He would often ask or answer questions, and he was so thoughtful in how he did this.”

McKinney was so impressed with Yarbrough that he reached out to Todd Knight, head Tiger football coach, to learn more about him. Knight’s response about Yarbrough read, “He’s a good one in all areas of life – faith, academics, football, all solid. I trust and respect him.”

“Coach Knight was right,” McKinney said. “Clark was so solid in all areas of life, and I admired that very much in him. Obviously his family, teammates and closest friends will grieve this loss most significantly. But goodness, I will miss him as well. He was one of those students I expected to stay in touch with well beyond his time at Ouachita. I hoped to encourage him in his journey forward, and I knew he would be a blessing to me.”

Yarbrough earned a spot in the Tigers’ starting lineup in 2021, earning All-Great American Conference honorable mention accolades for his efforts on the field. Although he was a senior academically, he had two years of football eligibility remaining, including the 2022 season. Knight recently had a conversation with Yarbrough about his future with the team since he was on pace to graduate in Spring 2023.

“Clark was that kind of young man, always thinking and preparing for what’s next,” said Knight. “He wanted to be an athletic director and was already making plans for internships and graduate school.”

Knight said Yarbrough was a quiet leader who lived out his favorite Bible verse, James 4:10, which says, “Humble yourselves before the Lord, and He will lift you up.”

Tiger defensive lineman Anthony Freeman, a senior kinesiology and leisure studies major from Monroe, La., echoed Knight’s comments about Yarbrough’s leadership. “He was funny, goofy, kind-hearted and one of the most genuine people I knew,” said Freeman. “He knew when to be serious, though, and was always positive in he how led.”

Tiger running back Isaac Edwards, a junior biology and communications & media/multimedia journalism double major from Holly Lake Ranch, Texas, described Yarbrough as “an outgoing, selfless guy. When my uncle passed, Clark’s efforts to console me were truly genuine and heartfelt. He was truly set apart. He always seemed to wear a smile or make us laugh when we needed it most.

“Clark always sought to make everyone feel like family,” Edwards added, “so I'm sure it would warm his heart to see how we've all come together to remember him.”

Asked how the Tigers will be impacted by the loss of their highly-regarded teammate, Knight said, “We were already playing for a purpose, but now there’s an added sense of motivation. It’s something we are going to take very seriously.”

In the wake of Yarbrough’s death, the university scheduled two opportunities on campus for staff from Counseling Services and Campus Ministries to be available to the Ouachita community. A gathering was held Monday at 8:30 p.m. in Berry Chapel to provide a time for prayer and support; the Chapel will be open again with Counseling Services and Campus Ministries staff in attendance on Tuesday at 11 a.m. and through the noon hour as needed. Additional information about memorial services will be announced as it is available.