From the "Ouachitonian": Madison Burch Offenbacker 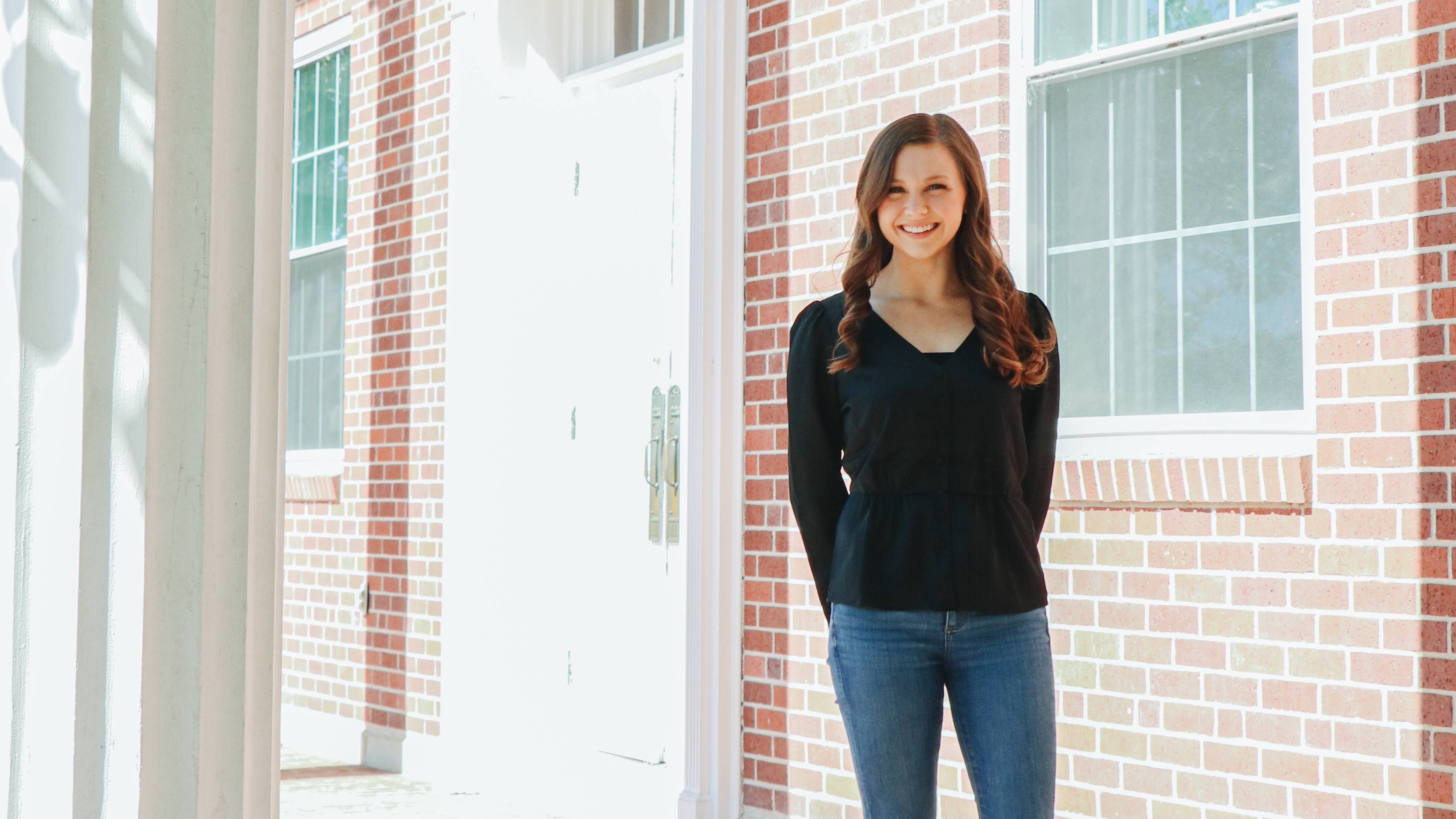 Madison (Burch) Offenbacker, a 2020 Christian studies graduate from Benton, La., knew she had a heart for God, and people knew it even in elementary school.

Offenbacker recalled, “I was at the neighborhood pool when I was eight years old and baptized my peers. My parents had to do damage control and tell the parents of the kids to not be confused about their salvation.”

Since then, Offenbacker's calling focused more on having a passion for women’s ministry. In high school, Offenbacker created a platform to reach others and encourage them in their faith called The Edifying Effect. This platform started with a blog which led to social media and now has reached to conferences.

Offenbacker said that there are many ideas that sit in her head constantly and that she was constantly thinking of ways to share the gospel with women.

“The best way to reach others is gathering them together,” said Offenbacker.

Offenbacker did a conference for middle school and high school girls in her hometown and wanted to do one for college girls before her Ouachita career ended.

“The goal of the Edifying Effect conference was to support and equip young women to follow Christ and not let them sit alone,” Offenbacker said.

The Edifying Effect conference was held at Second Baptist Church in Arkadelphia. Offenbacker prepared for the conference with lots of prayer and thoughtful consideration of which girls would lead the different sessions.The conference took several months of planning and meetings with the session leaders. Offenbacker also delegated different jobs to girls that included greeters and those to help set up and clean up.

“I picked the girls through prayer and thought about their stories and who had walked through current situations. I wanted girls that had the most knowledge on each of the different topics,” said Offenbacker.

The conference consisted of different small businesses. Shaped By Faith and Mallorie LaRue Designs were both represented at Edifying Effect. Offenbacker wanted to have these young women set up their businesses to have feel supported and loved.

Offenbacker has used Edifying Effect to empower women around her to pursue a close relationship with the Lord. She wanted girls of all ages to know that they have a strong community of Christian women and that they are not alone in any aspect of life.