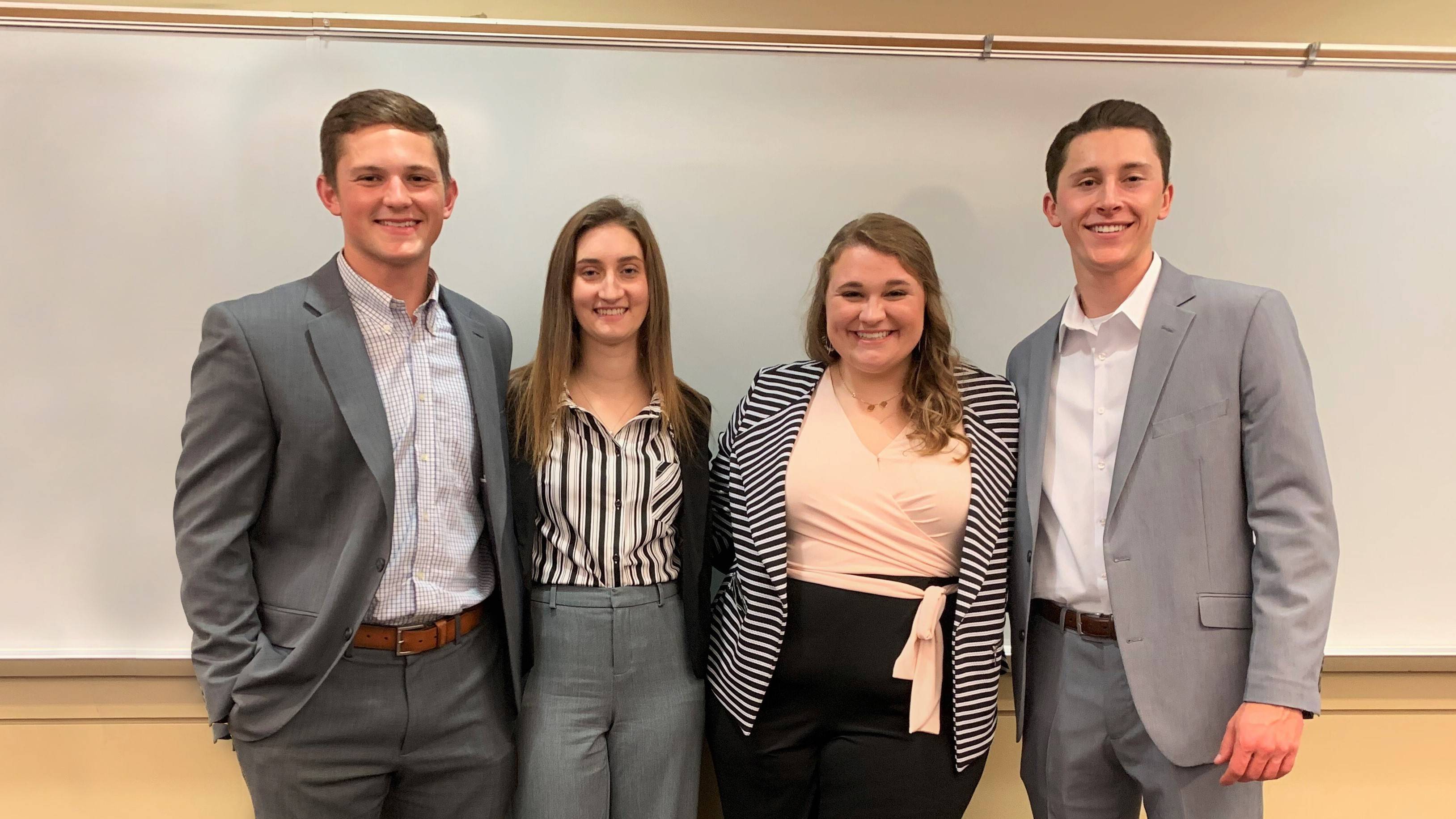 “We’ve been competing in the Governor’s Cup for 11 years, and we’ve placed in the top three several times – including third place last year and second place the year before – but this is our first year to win the undergraduate category. So we couldn’t be happier,” said Bryan McKinney, dean of Ouachita’s Hickingbotham School of Business. “And for ImmunoSense, I think this absolutely legitimizes their business plan.”

More than 90 students on 38 teams from 9 universities across Arkansas competed in this year’s Governor’s Cup in undergraduate and graduate divisions. The final awards were announced via livestream on Thursday, April 9. The Ouachita team won a total of $32,000 in prize money – $25,000 for the first-place overall win in the Simmons Bank undergraduate division, $5,000 as the undergraduate team winner in the Innovate Arkansas and Winrock Automotive Innovation Division and $2,000 for the faculty advisor.

“This win should give our students the confidence that they can compete with the best,” McKinney continued. “Frank Hickingbotham – for whom Ouachita’s School of Business is named – said this in an email of congratulations to the team: ‘Like Roger Bannister, when he broke the four-minute mile run, you have proven that first place can be achieved and set a standard for all to reach who follow in the years ahead.’”

“This was such a great win for our team and for Ouachita,” Matros said. “Ouachita has consistently placed amazing business plans in this competition, but none of them had ever won. It is an honor to be the first team to win first place overall.”

Soon after entering the Governor’s Cup Competition, the ImmunoSense team learned they had placed in the top 12 teams. Due to the COVID-19 pandemic, the team had to adapt in order to present remotely. They then competed in the first round of the competition on March 19, then again on March 20 in the final round of the overall competition and as one of three finalists in the innovation division.

“Thankfully, due to the hard working team at the Arkansas Capital Corporation, these presentations still took place despite the virus, and our team was able to present remotely from Arkansas, Texas and Florida,” McCown said. “All four of us agree that entering these business plan competitions has been one of the most beneficial and memorable experiences of our senior year.”

Each year, the Governor’s Cup is presented by Arkansas Capital Corp. of Little Rock and encourages student entrepreneurs from around Arkansas to build a business plan that brings a competitive product to market. Team members are required to have management positions in the company, and teams are judged according to identification of problems in the marketplace, how their business ideas will solve them, demonstrations of customer discovery, identification of potential competitors and possible risks to the business, among other things.

The OBU Business Plan Competition, hosted by the Hickingbotham School of Business, encourages Ouachita students of all majors to submit their ideas and business proposals for cash prizes.

“We began our competition with a desire to elevate the importance of entrepreneurship across campus,” McKinney said. “That’s exactly what happened this year with ImmunoSense. They were a team of science students advised by a biology professor, and then they integrated a senior finance student to assist with the business elements of the plan.”

According to McCown, the idea for the ImmunoSense business plan was a result of an assignment in histology class “where our professor and advisor, Dr. Blake Johnson, encouraged us to design a product or service that could improve the diagnostic process for a disease or other healthcare issue.”

“Having a solid grasp on the scientific and technical components needed to propel their product, the team then began focusing on the business-related items necessary to launch their product,” said Johnson. “This victory highlights the need for emerging technologies across difficult-to-diagnose disorders, while also proving that classroom concepts can lead to successful business applications that are capable of instilling a spirit of entrepreneurship among the next generation of business leaders.”

“Given the times in which we live, it’s noteworthy that the Ouachita team combines business and science students with a focus on public health,” Sells added. “I’m so proud of our students and Dr. Johnson.” 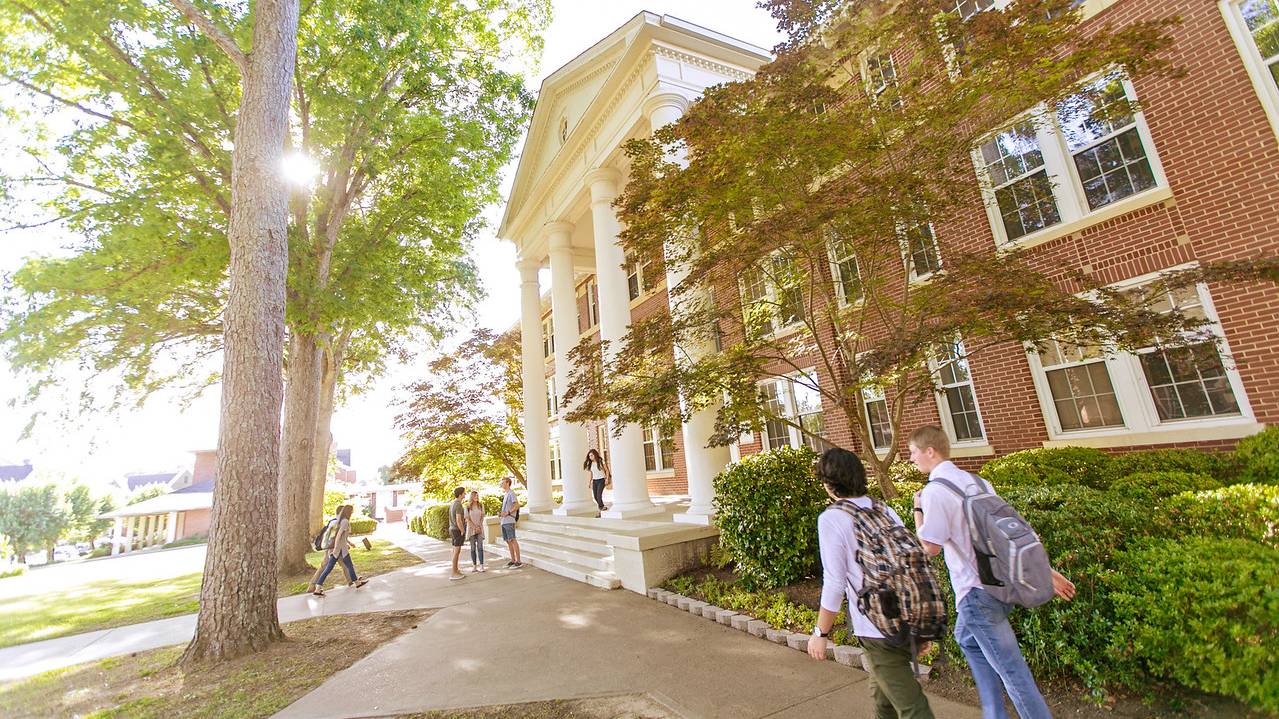 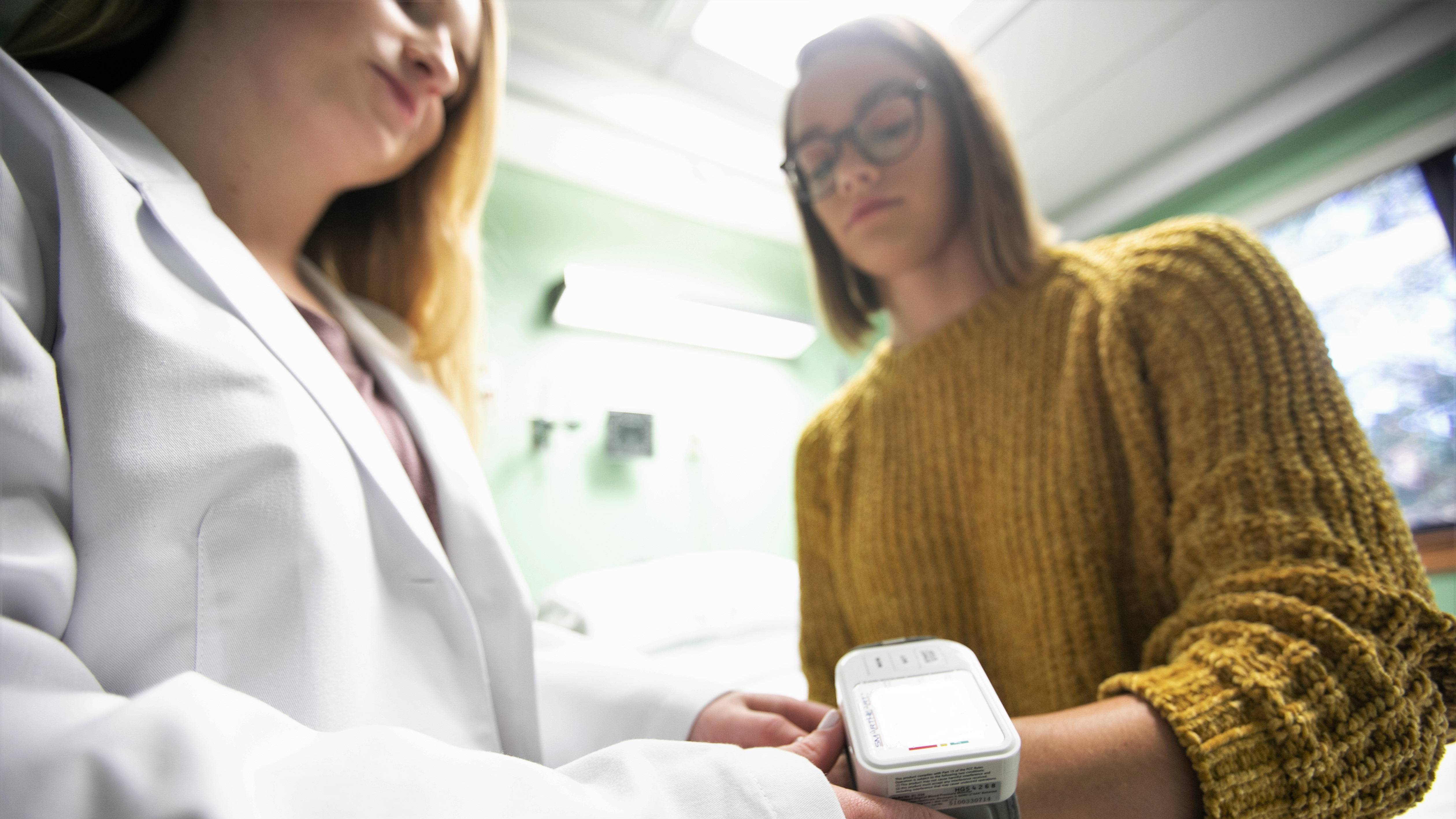 A complementary career: How nutrition & dietetics pairs perfectly with a love for community

A complementary career: How nutrition & dietetics pairs perfectly with a love for community