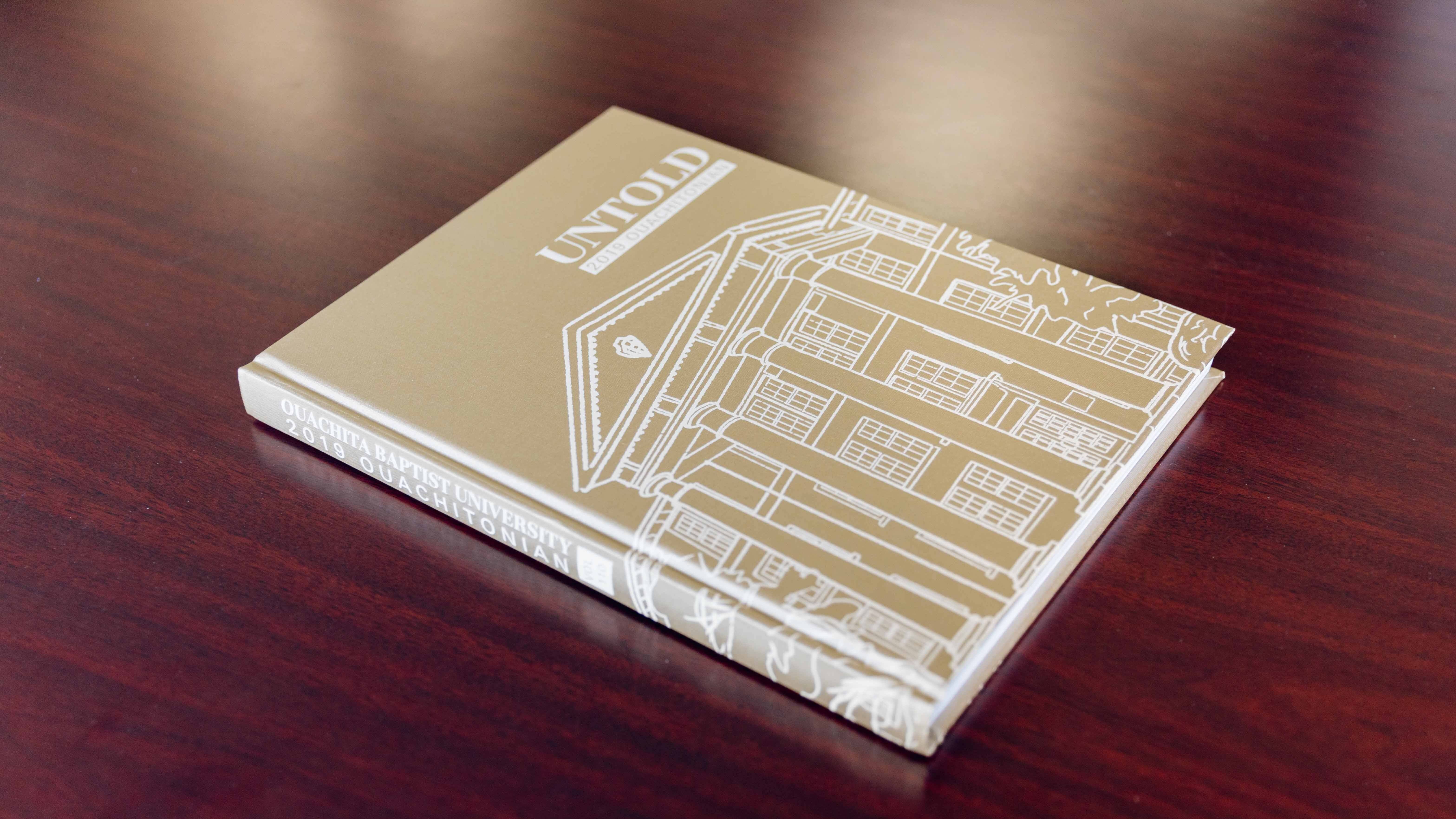 Ouachita Baptist University’s Ouachitonian yearbook has been named a Pacemaker Finalist by the Associated Collegiate Press (ACP) for its 2018-2019 edition, “Untold.” The Ouachitonian is one of seven finalists from around the country to be eligible for the Pacemaker Award, which will be announced at the ACP and College Media Association’s (CMA) National Collegiate Media Convention Oct. 21-25, 2020, in Atlanta.

“It is a very special honor to be named a Pacemaker Finalist by Associated Collegiate Press,” said Dr. Deborah Root, advisor for the Ouachitonian and chair of Ouachita’s Rogers Department of Communications. “Only seven yearbooks in the nation received this honor, and Ouachita is by far the smallest university represented.”

Ouachita’s yearbook was named a finalist alongside Baylor University, Kansas State University, Loyola Marymount University, Southern Methodist University, Texas Tech University and University of Miami’s yearbooks. While all seven universities will be recognized at the national convention in October, only three will be awarded the Pacemaker Award, which according to ACP Executive Director Laura Widmer recognizes “the best of the best.”

This national recognition is the third in a series of 2020 awards given to the “Untold” 2018-2019 yearbook, including General Excellence for Yearbook of the Year from the Arkansas College Media Association and seven individual awards given by the Columbia Scholastic Press Association to Ouachita student writers, designers and photographers for their work on the book.

“I am very proud for editor Addy Goodman and her staff,” Root said. “The 2019 book was an outstanding publication, and it is nice to be recognized as one of the top yearbooks in the nation.”

The ACP Pacemaker Award is one of the oldest awards for collegiate journalism. The association began presenting the prestigious award to collegiate newspapers soon after the organization was founded in 1921 and later adding yearbooks, magazines and online sites to the competition.

“These yearbooks deliver engaging verbal and visual stories, showcasing superior photojournalism, writing and design,” said Gary Lundgren, ACP associate director and coordinator of the Pacemaker competitions. “These yearbooks cover universities with 1,600 to 63,000 students, and the spirit and diversity of those collegiate communities come alive on their pages.” 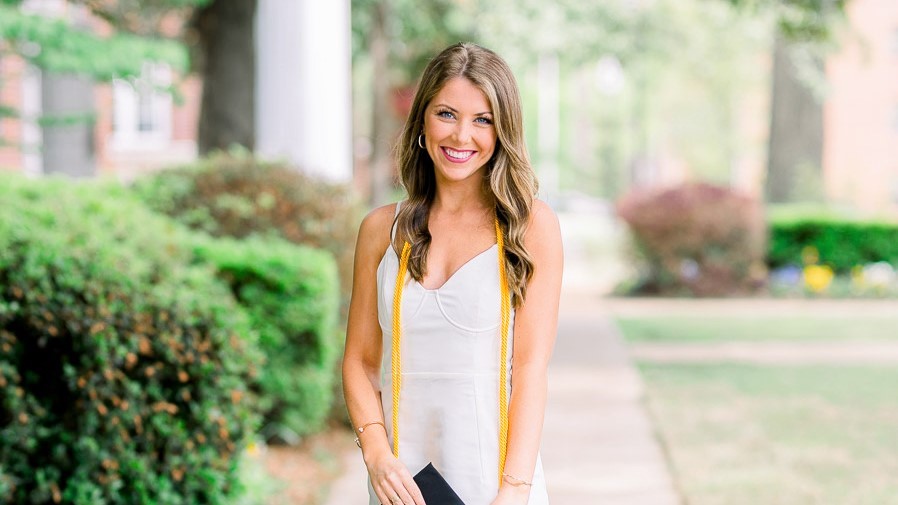 Attending a college that loves you back: A Ouachita senior's reflections 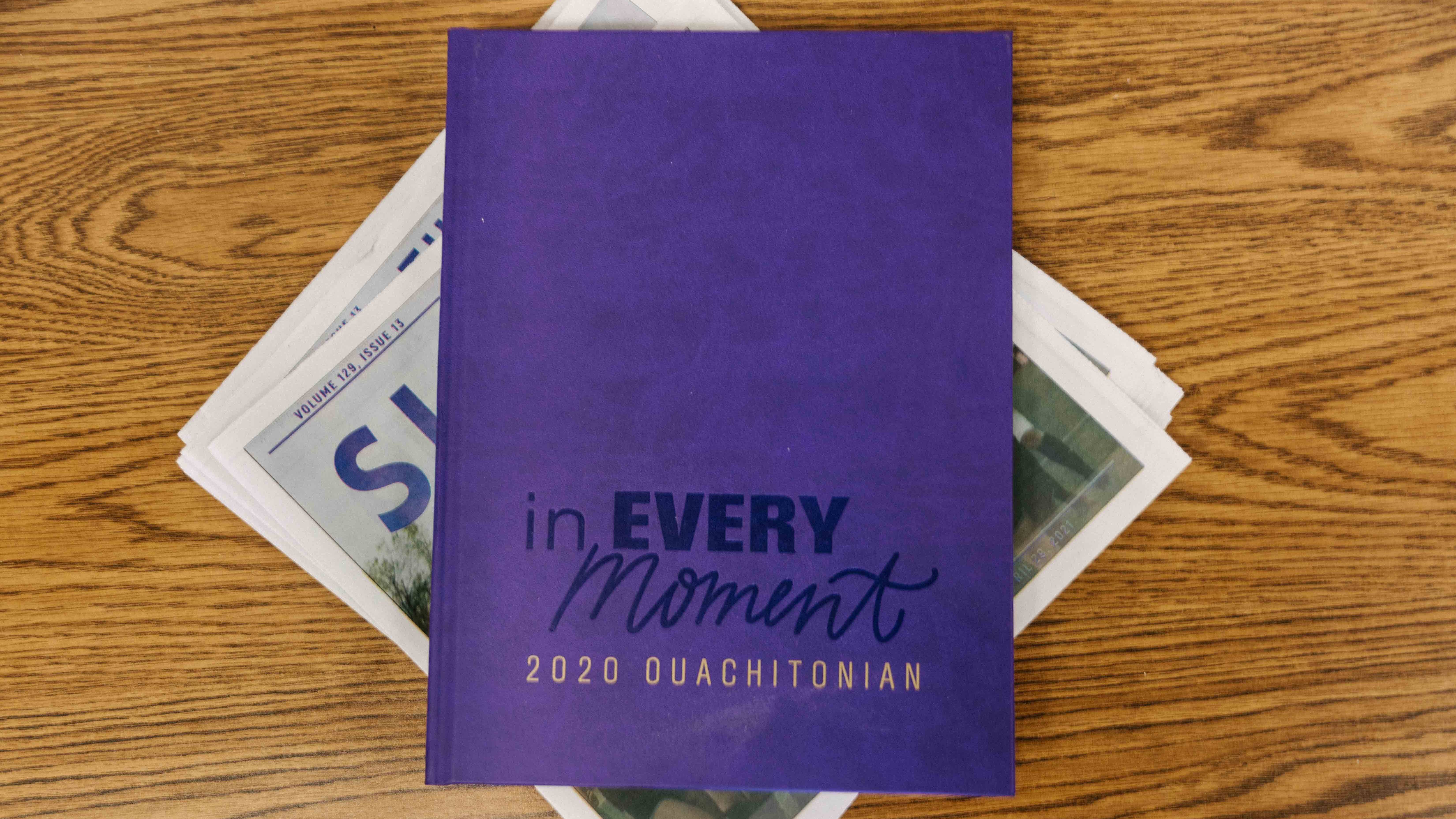